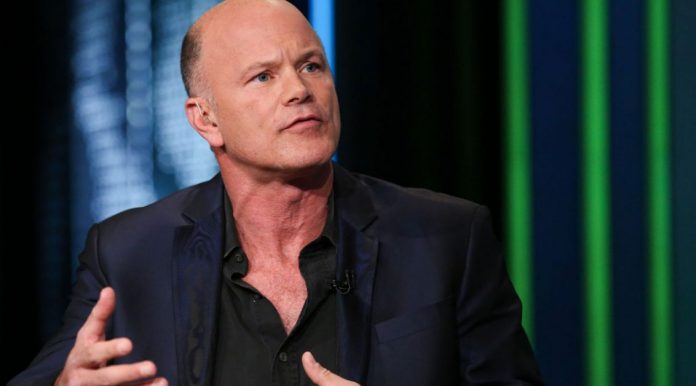 Galaxy Digital Holdings CEO Michael Novogratz participated in the Real Vision program and evaluated the developments in the cryptocurrency world. Speaking about institutional investors who have started buying bitcoin, Novogratz said that these investments “will not stop”.

“Once they start, they will not stop again”

MassMutual, the insurance giant founded in 1851, purchased $ 100 million worth of bitcoin in December 2020. According to Michael Novogratz, this is proof of how secure bitcoin has begun to become. Describing this event as one of the most important developments of 2020, the famous investor said:

“We see institutional investors starting to buy crypto money. Beyond that, an insurance firm bought bitcoin. Let me tell you how important this is. The money they keep in their vaults so they can support what they guarantee is almost sacred. In order to add anything to that portfolio, approval must be obtained from both the Fed and the Insurance Commission.

And MassMutual went and bought $ 100 million of bitcoins. … Some say that $ 100 million is not a big sum for MassMutual. Who cares about this? Once they start buying bitcoin, they won’t stop. ”

“Why can’t I buy bitcoins from you?”

It is thought that buying bitcoin from an insurer such as MassMutual, which has passed strict controls, could encourage other companies. According to Michael Novogratz, clients of asset managers such as Goldman Sachs, UBS, Morgan Stanley are already calling them and saying, “Why can’t I buy bitcoins from you?” they began to ask.

According to the CEO of Galaxy Digital, some of these investors will receive bitcoin through asset managers, some through custody companies and other channels.

Who is financing the work in Bitcoin? Here are those organizations