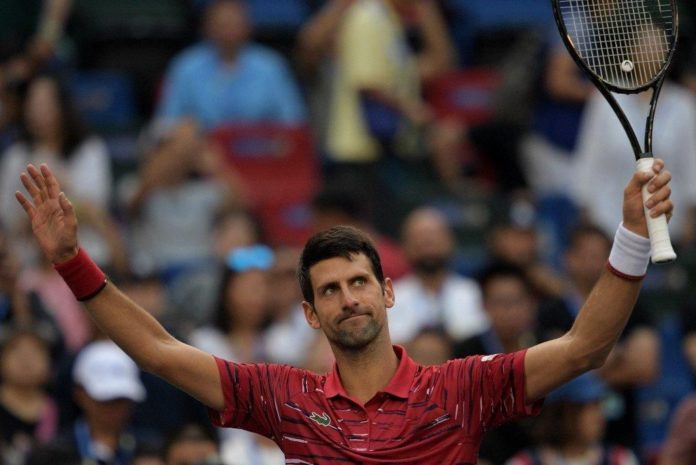 The tennis player from Belgrade continues with his excellent campaign in defense of the title won 4 times in China after beating John Isner of the United States 7-5, 6-3 in a close encounter lasting one hour and 16 minutes.

Isner remained at Djokovic’s level for almost the entire first set, however Novak managed to break his service and get the 7-5. In the second set, Djokovic attacked with more force, causing the American to lose his first service giving him the advantage to the Serbian.

These players have met 12 times in international tournaments, where Novak has won 10 times, while John Isner has had 2 victories. It is worth mentioning that Djokovic is number one in the world ranking and John Isner is number 17, despite the ranking, Isner has been a strong rival. After winning the Japan Open title, Djokovic only plays for defending his points and leading the ATP ranking.

Now Novak Djokovic is going against Stefanos Tsitsipas of Greece in the quarterfinals. The Greek beat Hubert Hurkacs in a complicated game with score 7-5, 3-6 and 7-6 (5).

However, the games of Russian Daniil Medvedev against Italian Fabio Fognini, German Alexander Zverev against Roger Federer of Switzerland and Matteo Berretini representing Italy against Austrian Dominic Thiem are missing. The quarterfinal matches promise a lot of excitement and a great expectation for the final to be held on Sunday, October 13. Soon we will see if the prediction of the favorites is concrete and on Sunday we have a duel of the greats of world tennis.

Watch: Request for punishment of Nick Saban from Alabama Revealed