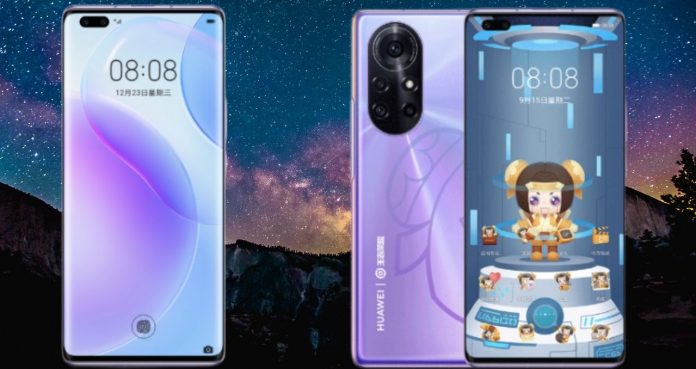 Special versions of China-based smartphone manufacturers often pop up in China. Here is a special series for Huawei’s new phone. Huawei Nova 8 Pro King of Glory Edition draws attention with its sweet appearance and different interface. One of the colors preferred by many smartphone manufacturers since last year is “purple and its shades”. Huawei also prefers the color purple in its new special version.

Basically, the device, which has all the hardware features of the Nova 8 Pro, differs in design. Moving the game to phones is not the first, however, many phone manufacturers have brought the characters of the games to their brand phones. The King of Glory game is also seen as an interface both on and inside the phone at this point.

Let us state that the Luban character in the game was brought to the phone and the phone has a 120 Hz screen refresh rate, Kirin 985 processor and is based on a 6.72 inch OLED screen.

There is a giant camera setup on the back. The main camera is 64 Megapixel, other cameras are 8 Megapixel ultra-wide 2 Megapixel macro and 2 Megapixel depth sensor. As you can imagine, the phone is much more expensive than the regular version and is available for $ 620 in China.

Galaxy S7 and S7 Edge will no longer receive updates from...