Home Entertainment Nothing Phone Preview (1): What to expect at the July event 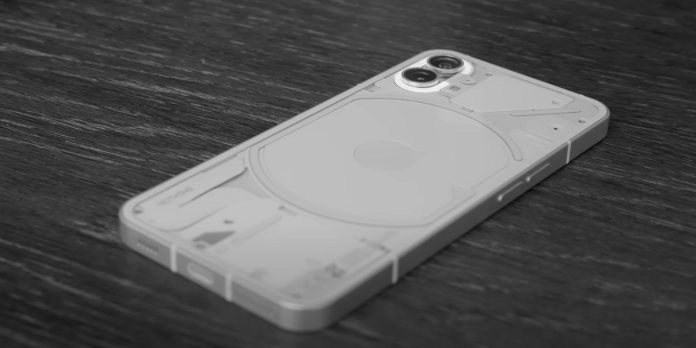 On July 12, information about what the new smartphone will bring to the market when it appears will be officially presented for the Nothing Phone (1). Carl Pei, founder of Nothing and former co-founder of OnePlus, is known as a marketing genius who knows how to create attention-grabbing stories about mobile products. He demonstrated this ability to create hype while working at OnePlus and applied this skill to his company.

While the focus has been on the phone (1), two more products are planned to be released in 2022. In November 2021, the code names of these devices were revealed as “Aerodactyl” and “Azelf”, but a few months later their identities are unknown. Unconfirmed reports say that these devices may be new accessories, perhaps even successors to Ear headphones (1), but only time will tell what they are and when to expect them.

The manufacturer and insiders have revealed a few details about Nothing Phone (1). These details include the design of the phone, which is on the verge between familiar and unique. As can be seen from the official video, which details the design and production of the phone, the phone (1) will have a perforated hole in the upper left corner of the display for the front camera and thin unified frames. Although it’s not unique, it’s the back that makes the phone stand out. The glass-coated back panel is transparent, which allows you to look inside the phone, although it is made so that it looks nice.

Nothing Phone (1) will be sold through invitations

However, more important is the use of a transparent back panel for the more than 900 LEDs adorning the back. These lamps are not only aesthetic, but also functional. Called the Glyph interface, the indicators flash synchronously with the ring tones that can be configured for contacts and notifications. In addition, the indicators at the bottom, above the USB-C port, serve as an indicator of the battery level when charging, and the middle indicator in the shape of the letter “C” lights up when using the reverse wireless charging function of the phone. The lights can also be used as a fill light when taking photos or recording videos. To complete the design, the phone (1) is equipped with two rear cameras and a flat metal frame made of recycled aluminum.

Nothing keeps the phone’s specs close to your chest, but the video hints that the display is OLED and the refresh rate is 120 Hz. Earlier, Nothing said that its phone will run on a Snapdragon processor, but did not specify which one. However, thanks to the Geekbench list, it was shown that Nothing Phone (1) will not run on the flagship processor, but on Snapdragon 778G Plus. The 6-nm chipset was released in October 2021. Additional details revealed in the Geekbench results shared on Twitter by Mukul Sharma include the phone model number “A063”, its RAM (8 GB) and that it will run Android 12. out of the box. In March, when the appearance of the Nothing Phone (1) was officially confirmed, it became known that it would have a user interface called Nothing OS. In another tweet, the informant also said that the phone (1) will be available in other configurations, will support 45W fast charging and have a battery capacity of 4500 mAh or 5000 mAh. In addition, the main rear camera will have OIS and NFC support. However, no leak has revealed how much Nothing will charge for the phone, and while a mid-range chipset may mean it shouldn’t have a flagship price, it may not. Take, for example, the Pixel 5, which was released in 2020 with a Snapdragon 765G processor, but cost $699 — the same as the iPhone 12 Mini, released in the same year.

As interesting as Nothing Phone (1) sounds, when it is launched, it will not be sold in the United States, as the manufacturer has confirmed that its phone will not be available in North America. In addition, the phone will first be sold only in some regions through an invitation system resembling the OnePlus One. Carl Pei, CEO of Nothing, said the idea was to first put the phone in the hands of the first supporters and community members “who deserve it the most.” After that, it will be available to a wider audience when it ramps up production.

Sniper Elite 4: Variety is the Spice of Death Trophy/Achievement Guide