Home Entertainment Nothing Phone (1) Vs. Xiaomi 12 Lite: Which phone is worth buying? 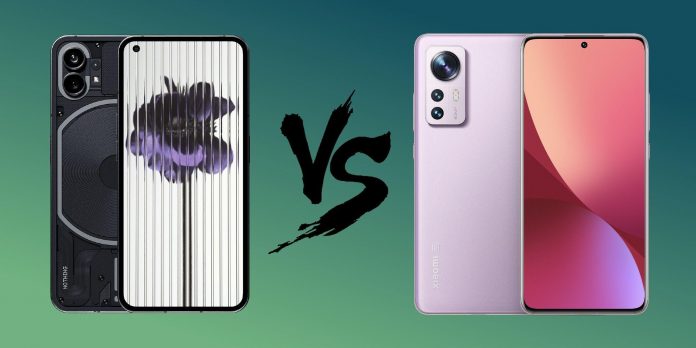 The Nothing (1) phone and Xiaomi 12 Lite appeared on the market at the same time, but which one is better to buy? Premium mid-range smartphones, or upper—mid-range smartphones as some call them, are smartphones with average specs combined with several features available on flagships. This category of phones is designed for those who do not care about the best performance, but want a device that does not look cheap and is able to meet their daily needs.

Xiaomi is no stranger to this segment, given that it has been selling lightweight versions of its flagships for some time. Nothing, on the other hand, decided to plunge into the middle class category with its first smartphone. When Nothing first announced that they were working on a phone, many assumed that the brand would release a flagship, given co-founder Carl Pei’s history with OnePlus. However, Nothing has chosen a different approach, which is likely to serve a wider segment of buyers.

There is an unmistakable difference between the design of the Nothing (1) phone and the Xiaomi 12 Lite. Unlike its more expensive siblings, Xiaomi 12 Lite smooths out the bends. The display is flat, as is the frame and rear window. However, it retains the hole in the center of the display and uses a triple camera like the Xiaomi 12 Pro. The Nothing phone has a flat metal frame, but its front camera is in the upper left corner, and there are dual cameras on the back. What sets it apart from Xiaomi 12 Lite and most other phones is its transparent back panel, on which there are several LEDs that act as a kind of notification system. The Nothing (1) phone is available in white and black, and the Xiaomi 12 Lite is available in black, light green and light pink.

The Nothing Phone (1) has a 4500 mAh battery that supports 33W fast charging and 15W wireless charging. On the other hand, the Xiaomi 12 Lite has a smaller 4300 mAh battery, which charges much faster at 67 watts and, unlike Nothing, comes with a charger included. Both phones have a fingerprint scanner on the display, face unlock, NFC, dual SIM card support, stereo speakers and Bluetooth 5.2, but only the Nothing (1) phone has Wi-Fi 6. None of the phones have a headphone jack. Xiaomi 12 Lite comes with MIUI 13 based on Android 12, and although Xiaomi does not say how many updates it will receive, its predecessor Xiaomi 11 Lite 5G NE will receive two OS updates and three years of security updates. It is safe to assume that the same applies to Xiaomi 12 Lite. In contrast, Nothing Phone (1), which also runs Android 12 with a custom launcher on top, will receive Android updates for three years and security updates for four years.

PUBG: New State has crossed an important threshold in the number...

Resident Evil 8 Village | Comparison of graphics and FPS in...