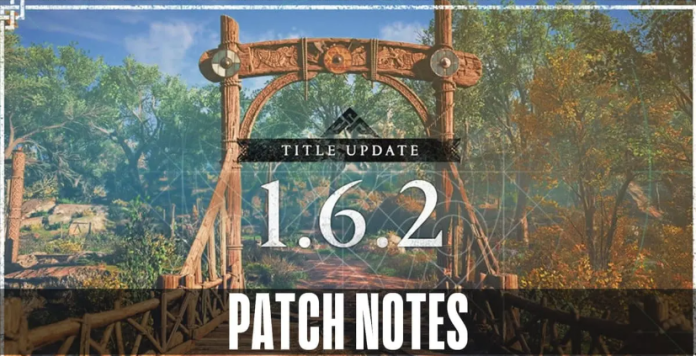 Along with the release of Assassin’s Creed (AC) Valhalla: The Last Chapter, patch notes appeared with a detailed description of everything new that appeared in the update.

Let’s start by mentioning the patch size. It is clear that the patch size differs from platform to platform, in some cases more or less than in others.

The latest and final update of the AC Valhalla story makes all the ends meet that the player may have. In this story, players join Avor on her final journey as she comes to terms with her visions of Odin. On this journey, she will meet old friends and enemies, which will eventually lead to the end of the game’s narrative.

The hood is always on

Now players have the opportunity to always wear a hood, like the killers from previous games. Players can enable this option on the combat tab in their settings, which will allow them to keep their hood on even during combat.

The Animus Shop now gives the player a free premium item every week. This resets every Tuesday at 6:00 am Pacific time. Players can get any items available in the Animus Store, except for licensed content.

Players who have missed any of the four Festivals have nothing to worry about anymore. After completing the quest “The First Night of Samheim” (Glovesestreskir Arch), awards from festivals become available for purchase in all Merchants in England. Players must pay for these items with silver coins. In addition, as a sign of gratitude for the constant support, new content will be received, in particular, new mounts and crows.

After the closure of Google Stadia, this update will be the last for the platform. Stadia players can still enjoy AC Valhalla until the platform officially closes on January 18, 2023.
Ubisoft is currently working on porting the Stadia games owned by the player to the PC.
Cross-platform progress allows players to transfer their Stadia saves to the game console and PC version.

Halo Infinite Confirms The First Changes To The Battle Pass