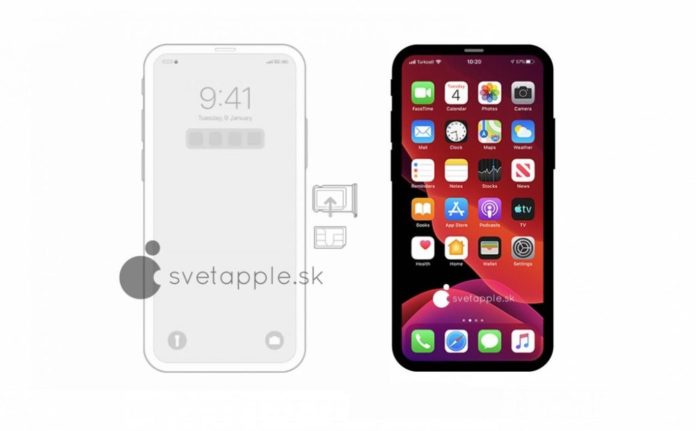 An important concept design has emerged for the iPhone 12 series, which Apple is expected to introduce in September 2020. When we look at the design shared by Svetapple, the phone’s thick notches attract attention.

A new concept design has emerged for the iPhone 12, which is expected to be introduced in the coming months. According to the rendered images published by Svetapple, the phone’s frames seem to be too thick. When we look at render images that have not been approved by Apple, we also see that the phone has a notch-free design.

Uncut Phone
When we look at these render images shared by Svetapple, we first see that the notch disappears completely. Although the notches of the phone have disappeared, the concept iPhone 12, which has a much thicker frame than today’s flagships, has been criticized by many people for being too rough and similar to iPad Pro. Another detail we see in the concept design is that the power and sound on and off showers are on the left and the SIM input is on the right.

According to the news of Svetapple, if this rendering image becomes real, the notch that people get bored will disappear. The concept design at the top of the camera and other setups was made in the light of information obtained from a source known for its proximity to Apple. When we look at the concept design, it is possible to say that although the upper and lower frames are at acceptable levels, the side frames are slightly more.

Of course, there is about 6 months to the introduction of iPhone 12. Moreover, this process may take longer due to coronavirus or other reasons. We don’t know if Apple pulls out a phone with such a wide notch. As new information about the phone becomes available, we will continue to inform you about the issue.

Vivo X60 Pro Plus will increase the charging speed