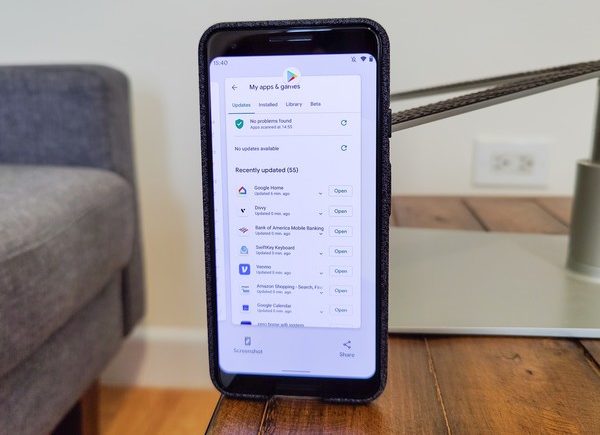 The third of the developer previews released for Android 11 includes a lot of changes. There are changes in the new version that confuse the developers especially in the UI section. Let’s take a closer look at these changes.

Google has released the third version of Android 11 developer previews. Unlike previous Android 11 previews, there seems to be quite a change in the release for developers. In the new version, especially changes made in the user interface are confusing. The changes made in recent applications and constantly active notifications draw attention.

Other changes include reasons for exiting the application, GWP-ASan stack analysis, ADB Incremental and wireless debugging. Developers; Pixel 2, Pixel 2 XL, Pixel 3, Pixel 3 XL, Pixel 3a, Pixel 3a XL, Pixel 4 and Pixel 4 XL can review what’s new via their smartphones or by installing an Android Emulator in Android Studio.

Recent apps and constantly active notifications:
With the Android 9 Pie, the recent apps screen became a horizontally scrollable thumbnail list display with an expandable app drawer at the bottom. Android 11 3rd developer preview removed the app drawer on this screen; ‘Snip’ and ‘Share’ buttons have been added. We have to say that this decision was interesting because a few years ago the recent apps screen was redesigned precisely to access the app drawer.

However, two newly added buttons ‘Screen Snipping’ and ‘Share’ cannot be said to be finalized in terms of design and functionality for Android 11. Normally, after taking a screenshot, you share that image. Therefore, it seems unnecessary for these two buttons to be side by side. However, it is a good idea to have a snipping tool in the user interface rather than taking a screenshot by pressing the power button + volume down button. Another feature that comes to recent applications is that you can undo an application that you closed while passing quickly.

The design and function of the ‘apps that are active in the background’ are not finally over. Along with the Doze mode of Android 6.0, Android was beginning to look at applications running in the background as unnecessary applications that drain the device’s energy in vain. However, it is not possible to tell the operating system which background application is useful and which is not. It is stated that the last step in the war launched by Google through accessibility services and accessibility API may be a compromise.

In addition to all these, Android 11 will remove the automatic permissions on the applications that you have not used for a while. The operating system will do this for ‘security of personal data’. The new feature is said to be similar to the ‘App Standby’ feature on Android 6.0 Marshmallow. The beta version of Android 11 is expected to be released next month.

How to make a PIX using the Banco do Brasil app

What is Machine Learning and what are its benefits

Yakuza: as the dragon proves that reinventing is no fault

WhatsApp Announces New Features That Will Be Available Soon

Jennifer Lopez superb: at 50, she is still as charming! (PICTURES)

WATCH LİVE – New models to be introduced by Apple

Xiaomi Mi Band 5 will be sold outside of China with...