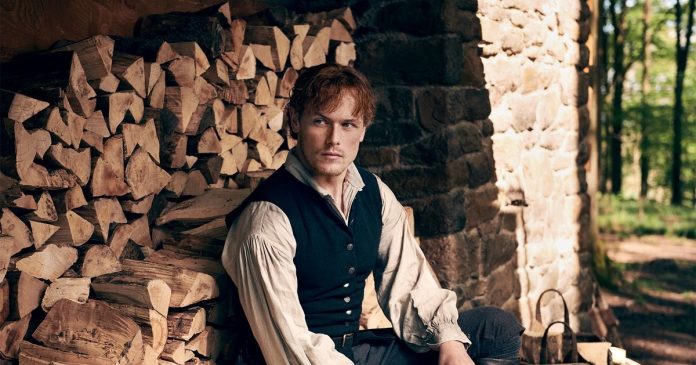 The popular Outlander series has been showing deleted scenes from each of its seasons on the show’s popular DVDs. But why did they remove the Jamie and Geillis scene?

The deleted scene from Outlander, came after Claire (Caitriona Balfe) turned her back on Jamie (Sam Heughan) after he whipped her with a belt as punishment for running away from her. In episode nine.

In this deleted scene, which was originally part of the mid-season premiere, Jamie ran into Geillis (Lotte Verbeek) at Castle Leoch. After seeing her sneakily fight with her husband Arthur Duncan (John Gibb Marshall).

Geillis told Jamie to stop lurking in the shadows and confronted him about his new wife, warning him not to lay hands on Claire again, or that she would use a concoction to punish him.

Geillis also told him, “I don’t want to destroy such a beautiful package, but I would if necessary.”

But Outlander producer Ronald D. Moore revealed on the season one DVD why the scene was cut and didn’t appear on the show.

“When you look at the episode in its entirety and the scene as a whole, you’re actually left with the feeling that Geillis is really into Jamie or there’s a hint that she might be into Jamie, or she might be flirting with him to annoy Claire, and that wasn’t really the idea. ”

The producers of the series made the wise decision not to place it, as it would have affected the story and the mysterious character that was Geillis in Outlander.

Star Wars: The Rise of Skywalker Surprised by Publishing Early in...

Gigi Hadid: Fans will be able to tear the same jacket!