Home Crypto Not SHIP: This meme coin has burst! 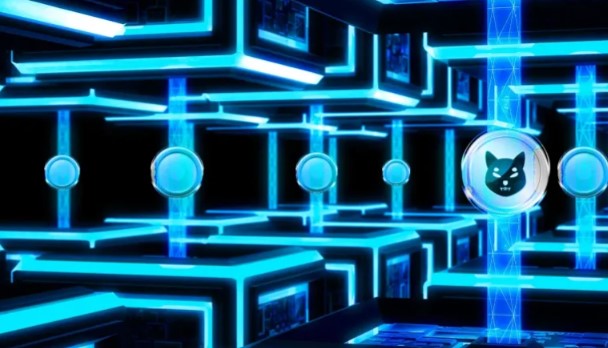 Elon Musk’s acquisition of Twitter may have mobilized giant meme whales. According to data provided by the analytical firm IntoTheBlock, whales are hoarding Dogecoin (DOGE) instead of the typical whale token Shiba Inu (SHIB).

Analytics firm IntoTheBlock says Dogecoin is seeing increased activity from whales or wallets with large memes. On Monday, the number of transactions worth at least $100,000 rose to 2,440, the highest since January. The number of whale transactions is an indicator that tracks transfers worth more than $100,000. According to IntoTheBlock:

Since Dogecoin is not available to ordinary individual investors on the network, indicators serve as an indicator of the number of transactions of whales and institutional players.

According to WhaleStats, Dogecoin has entered the top 10 in terms of trading volume among the 2000 largest BSC whales in the last 24 hours. The volume of DOGE allegedly rose sharply amid a sharp increase in the benefits of whales. The IntoTheBlock data mentioned above indicates an increase in Dogecoin trading volume by more than $100,000, and WhaleStats data shows that BSC whales have moved Dogecoin into the top 10.

According to Somagnews, on Monday, the deal of Tesla CEO Elon Musk to buy Twitter was announced, which caused the activity of whales in Dogecoin. According to data provided by TradingView, the price of Dogecoin rose by 19% that day, which was the largest one-day increase since October 28.

The daily bulletin of FRNT Financial, a company specializing in cryptocurrency derivatives, dated April 26 includes the following statements about the acquisition of Twitter:

Musk’s acquisition of Twitter, which plays an important role in the crypto discourse and covers the asset class, has sparked speculation about possible consequences. For example, several DOGE-related Twitter profiles made an exchange in which Musk responded “that would be [a disease]” to the social media platform’s suggestion to replace the bluebird logo with “doge.”

20-Year-Old Young Announced the Project that Competes with AXS and MANA!

While Big Hands Are Buying From These 6 Altcoins, Exiting These...