Home Celebrity Why Was It Not So Possible For The Joker To Win The... 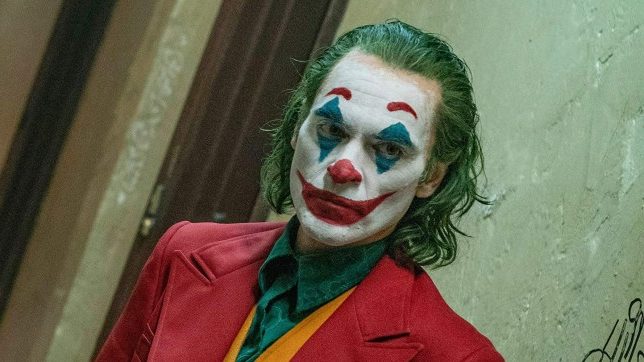 Having won the ‘Best Actor’ Oscar for Joaquin Phoenix, Joker was one of the most ambitious productions of this year’s Oscar race, with a total of 11 nominations. Although the DC-signed film was highly appreciated for its acting performance and storytelling, it was not deemed worthy of the “Best Film” award.

It is unlikely that I have had a chance to win the Best Film Oscar for films adapted from the comics to the big screen. In particular, Marvel and DC films make billions of billions of dollars every year. But the huge revenues of superhero movies do not have much value for the Academy Awards.

The relationship between comic books and Oscars goes back to the 1940s. The original Superman movie from 1941 by Max Fleischer was the first comic adaptation nominated for an Academy Award. In the meantime, many productions such as Batman, Dick Tracy, Mask, Men in Black, Spider-Man and The Dark Knight have won nominations and awards in different categories, but none have been awarded the Oscar’s most prestigious award, the Best Film Oscar. .

Nominated for 11 Oscars, the Joker has triumphed in only two of them
It was thought that the superficial fate of superhero movies could change with Todd Phillips’ Joker. Despite his modest budget of $ 55 million, the film, which saw $ 1 billion at the box office thanks to the tremendous acting of Joaquin Phoenix, was nominated for 11 Oscars. But the blind fortune of the comic book movies did not follow Joker. Returning with ‘Best Film’ awards from Venice Film Festival and BAFTA, DC film lost Oscar’s top award to Parasit made in South Korea. So what was wrong with the Joker?

Joaquin Phoenix received the Best Actor Oscar for his acclaimed Joker performance
Fandango’s editor-in-chief Erik Davis says that despite the tremendous popularity of the Joker, being a dark and depressing movie might have been effective in missing the prize. The Ankler author Richard Rushfield makes a similar comment, saying that the movie is R-Rated (18+) reduces the chances of winning the ‘Best Film’ award. According to Rushfield, the next comic book that wants to be assertive in the “Best Film Oscar” race should not be “brutally dark.”

Joker’s R-Rated genre may have reduced the chances of winning the Best Film Oscar
“Despite applauding the success of other comic book movies, especially the industry, Marvel and DC, he is hesitant to reward them in artistic terms,” ​​said Anne Thompson, IndieWire Editor-in-Chief, saying that Joker’s nomination in 11 branches is a very important milestone. . Following the Joker portrait by Heath Ledger in The Dark Knight, Joaquin Phoenix was awarded the Best Actor Oscar for his extraordinary performance.

As you may recall, Ledger also won the Best Supporting Actor Oscar at the 81st Academy Awards for his role as Joker. The American actor, who could not attend the ceremony due to his tragic death and never touched the prize he wanted, is still remembered with love and respect despite the 12 years that have passed. The fact that two close friends, Phoenix and Ledger, reach the Oscars with their performances of the same character, should be a trick to fate.

Burger King: why is it changing the fast food logo?