Home Entertainment Not Henry Cavill or Nam June, But THIS MCU Star Won The... 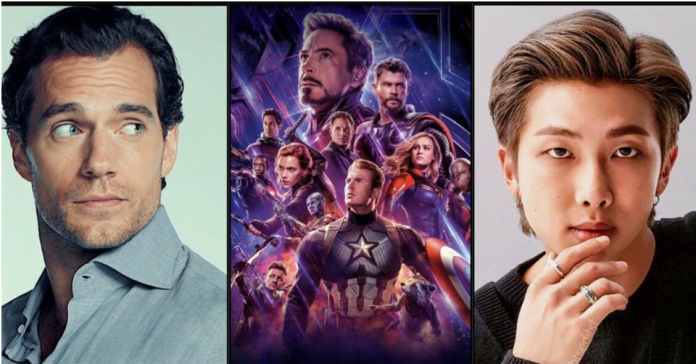 The entertainment industry is full of not only talented, but also stunningly beautiful celebrities. While several awards recognize their professional skills, there is also no shortage of titles confirming their swoon-worthy appearance. Among them, one of the most popular awards is “The sexiest man alive” according to People magazine. There have been rumors for years that Netflix’s regular monster hunter Henry Cavill will get the title.

Another heartthrob this year was South Korean rapper and songwriter Kim Nam Joon. The leader of the famous boy band BTS, he has a huge number of fans around the world. However, even though both of them were popular choices, it was a familiar face from the Marvel cinematic universe that beat them to it. Any suggestions?

Having defeated Henry Cavill and many others, THIS MCU star became the sexiest man of 2022.
From his return as DC’s Superman to the constant rumors that he will be the next Bond, 2022 has been an amazing year for Henry Cavill. His fans were almost sure that he would take home the crown of the sexiest man alive according to People magazine. Alas, he still hasn’t quite made the cut. Having said that, since Chris Evans is getting hotter by the second and getting older on the contrary, it’s hardly surprising that the honor went to him.

Just last night, on November 7th, our very own Captain America won an outstanding title. Just like last year, “The Late Show” with Stephen Colbert made an announcement. In keeping with his trademark humor, the talk show host took his time to prepare for the opening.

“With humility and gratitude, I am pleased to announce that People magazine has decided to award me an incredible honor,” Colbert said, outlining the message of his joke. While the audience in the studio applauded wildly, he continued: “To announce the sexiest man alive for the second year in a row!”

In addition, he cheerfully announced Chris Evans and another satirist and late-night show host, John Oliver, as finalists. Stretching the narrative to the limit, he finally showed that the winner was the actor of the Gray Man.

Although Evans was not physically present at the announcement, 2016 titleholder Dwayne “The Rock” Johnson handed the belt to the “Get Knives” actor in a pre-recorded video. However, Evans later expressed joy about the title during a photo shoot for People magazine.

“My mom will be very happy. She’s proud of everything I do, but it’s something she can really brag about,” the MCU star said.

What do you think about Chris Evans being the sexiest man alive? Were you hoping it would be Henry Cavill? Let us know in the comments. Meanwhile, you can watch the series “Grey Man” on Netflix.

Hogwarts Legacy will Get an “Exclusive New Look” at Gamescom Next...