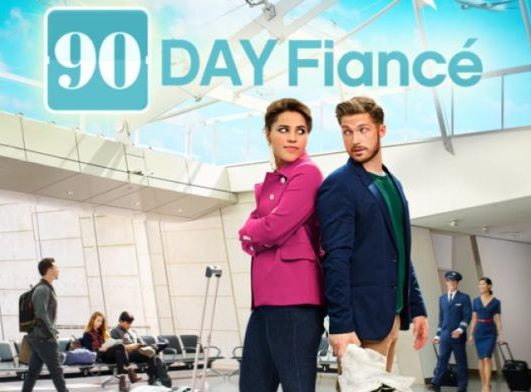 The popular 90 Day Fiancé program has had the participation of a large number of couples, some with strange names and others very striking, which leads fans to wonder if their names are real or fictitious.

The question of the real names in the participants of 90 Day Fiancé began to arise after the parents and relatives of some participants called them differently.

In fact, in Jorge’s case, some users of the Reddit platform claimed that he did not correctly pronounce his own name.

“Why do you think some people on the show use fake names? Is it privacy / protection or are they just actors? Chantal’s real name is SeaAir and I have read that Jorge’s real name is Andrew ”, said a user on the platform.

Since most of the cast use their real names, some people theorized that Chantel changed her name because the “real” is too unique and Jorge altered his because he works in the marijuana industry.

While some fans of the show, claimed that it was the same TLC who wanted Chantel to change her name. If this is true, then other couples on the show may not say her real name.

Although Jorge Nava was arrested a few years ago and released a few months ago, his real name was never revealed, although many big news websites always referred to him by that name.

Many viewers of the 90 Day Fiancé program think that some participants tend to use false “artistic” names, to try to attract more attention or keep their lives private.

Angelina Jolie takes on her addiction during pregnancy!

You will not believe it! Billie Eilish is any fan’s dream....