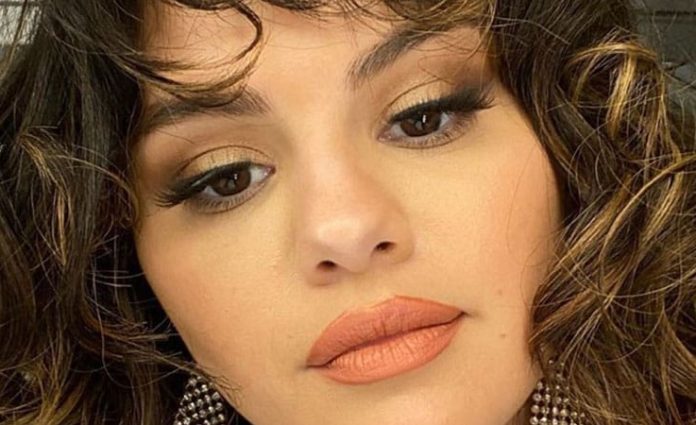 On her Instagram account, Selena Gomez shared with her fans a video dating from her last world tour, the Revival Tour. She performs Feel Me there . Is the young woman a bit nostalgic?

Selena Gomez would she find it hard to accept the end of her Revival Tour? The young woman had ended her tour after only a few dates. Her illness was eating away at her from the inside . Morally and physically weakened, the pretty brunette had taken hold of Instagram in order to alert her fans to the seriousness of her condition. A sad passage, therefore for the artist.

Since then, the singer has never returned to the stage. Absent for long months, she finally came out of the silence to reassure her fans about her state of health . She had shared a photo lying on a hospital bed. Ready to receive a kidney transplant from one of her best friends. A transplant necessary to overcome lupus.

On her Instagram account, Selena Gomez has decided to share a video of her former tour, the Revival Tour. A symbolic video. The pretty brunette interpreted a new song, Feel Me . Moreover, the former Disney star therefore released the song on all platforms a few hours ago. A way for her to remember the time when she sang this song on her old tour. Vintage, therefore.

Throwback to Feel Me on the Revival Tour!

SELENA GOMEZ, NOSTALGIC OF THE REVIVAL TOUR?
Selena Gomez has memories of her tour . This video of her Revival Tour is living proof. “In memory of the day when I interpreted Feel Me during the Revival Tour,” writes the pretty brunette in legend. Seen more than 15 million times , this song therefore has a special flavor. And it’s normal. Releasing the sound two days ago is further proof that the brunette feels nostalgic for this world tour. And we understand it.

Selena Gomez recently released her latest album, Rare . More mature, the young woman thus addresses several themes such as breakup, marriage, disappointments but also the troubles she faced during her convalescence. The young woman thus denounces her weaknesses . You had to dare.

Today, her community is asking herself this question: Will Selena Gomez organize a world tour to thwart the abrupt stop of the Revival Tour? For the moment, the pretty brunette has only made a TV appearance to promote her album. But what does the young woman have in store for the coming months? Mystery. Fans wonder. And U.S. too.

What tragedies Sheldon did not tell about his father