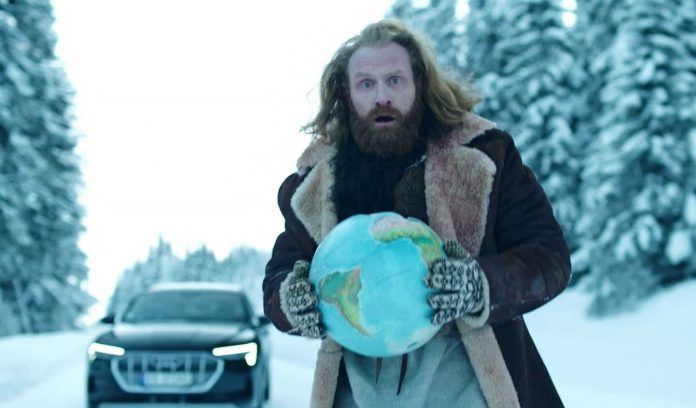 US automotive giant General Motors published a humorous but offensive content about Norway, which stands out with its electric car usage rate in its latest commercial. In response to this commercial, Audi Norway ran a commercial using the slogan “Don’t hate, imitate”.

World-renowned Hollywood actor Will Ferrell cannot accept Norway’s superiority in the adoption of electric vehicles in the commercial “No Way, Norway” and knocked on the door of names like Kenan Thompson and Awkwafina, taking the road to Norway. However, the commercial ends when Ferrell cannot find his way and reaches Sweden.

Finding General Motors’ commercial film too offensive, Audi Norway released commercials in response to the “No Way, Norway” commercial with Kristofer Hivju, whom we know from Game of Thrones and Fast and Furious 8. Referring to Ferrell’s aggressive attitude in the GM advertisement, Audi Norway used the words “Don’t Hate, Imitate” in the commercial it aired.

Audi Norway, in the statement they made about the commercial they released, stated that “Norway is a peaceful country, but GM’s hate campaign deserved a quick response, of course with a little humor”; The response from GM regarding the said advertisements and statements was quick. Expressing their satisfaction with the interest in both their own campaigns and the campaign of Audi Norway, GM stated that they also liked the campaign of Audi Norway.

85% of Take-Two’s revenue comes from the digital market