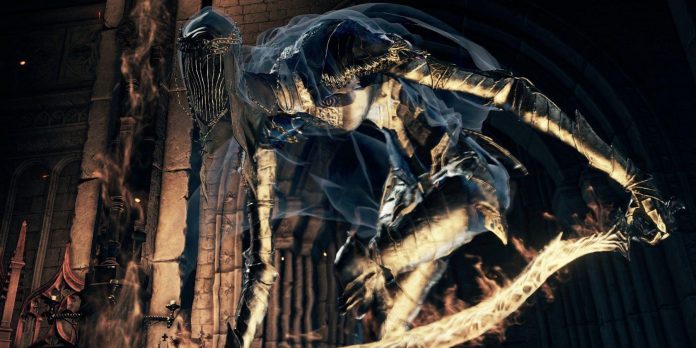 Among the bosses of Dark Souls 3, the Cold Valley Dancer stands out with an impressively hard battle leading to the final act of the game. However, for some players, this boss can act as an early test that provides the perfect stress test of how far their skills can go in this type of encounter with a low-level Dark Souls 3 character.

Although the Cold Valley Dancer doesn’t need to be challenged right at the beginning of the game, this opportunity can completely change the passage of Dark Souls 3, making several rewards available from the very beginning. In addition to being able to face the boss early on, the Dancer is also a solid boss who acts as a real gateway to one of FromSoftware’s best dungeons, even if he is challenged at the appointed time.

Challenge the dancer before the Word

For those who have never challenged the Cold Valley Dancer at the beginning of the game, this is a hidden fight that can only be carried out by killing the NPC Emma, who is sitting at the end of the arena with the boss. This character usually dies after the player defeats the three Ash Lords in Dark Souls 3, the main bosses who must be killed to reach the end of the game. However, killing Emma early will still bring the same reward that will eventually lead to a battle with the Dancer, which could lead to the player defeating only one boss facing one of the toughest fights in the later parts of the game.

The Dancer’s damage potential is already lethal at higher levels, even against characters who have scored dozens of cheerfulness points. This naturally means that a low-level character will easily be a vanshot, especially if the boss manages to catch the player with his powerful grappling attack. So defeating a Dancer so early could mean that you’ll need to fight one of Dark Souls 3’s toughest bosses without getting hit.

Apart from the difficulty of the encounter, the rewards are what makes the encounter with the Dancer really facing such a difficult challenge. While this won’t allow players to reach the end of the game sooner, it will allow them to explore the early parts of Lothric’s castle long before they were supposed to get their own. This could then give access to one of Dark Souls 3’s strongest items before even defeating the much lighter Wordt from Boreal Valley and advancing to the game’s supposed second level.

link: The Dark Souls 3 player Points out the Depressing detail of the Firelink Temple

Of course, not every player is going to immediately bang his head against the wall, which is the Dancer of the Cold Valley, or immediately kill Emma without much provocation. Thus, for most players, during the first playthrough, an unexpected battle with the Dancer is likely to occur after defeating Aldrich, the Devourer of Gods, or the Giant Yorm. No matter which boss precedes the encounter with the Dancer, it becomes a sudden surprise after an already intense battle, without even placing the player in front of one of the walls of the Dark Souls 3 fog as a warning of what is about to happen.

As mentioned earlier, this surprise comes with a boss that is capable of dealing a huge amount of damage, probably when the player has already used up his supply of the Estus flask. As a result, the Dancer’s first attempt is likely to be at a disadvantage, with an additional penalty that could result in the player losing the souls received from another boss. It’s a complete change of pace to the more predictable way that Dark Souls 3 has otherwise been preparing observant players for the challenges ahead up to this point.

To further shift the situation from the player’s advantage, the Cold Valley Dancer doesn’t seem to fight like many other bosses in Dark Souls 3. Although there are several popular details about the boss online, some of which point to the unusual rhythm of the Dancer, the main difference can now be better seen in the design of the Elden Ring boss. The Dancer acts as an initial test for the boss design in the latest FromSoftware title, with combos that last longer than players might expect and a tempo that lasts long enough to punish excessive dodging.

Dark Souls 3 is already available for PC, PS4 and Xbox One.