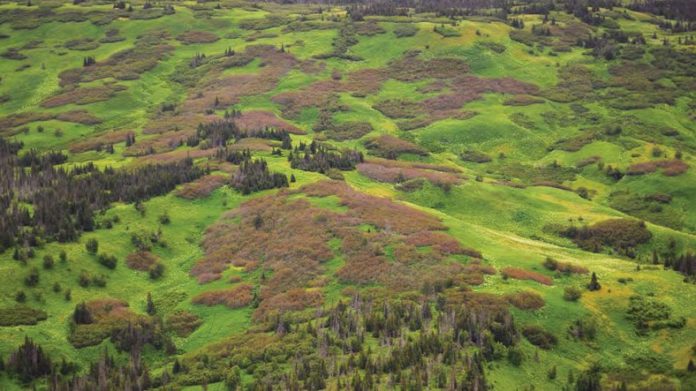 Scientists’ research at the North Pole through drones and satellites shows that the area is greening due to climate change. Under normal conditions, the polar region had barren and unproductive soils.

According to a new study, trees and plants now grow in polar regions, which previously had permanently frozen soils. This development, called ‘polar greening’ and which worries scientists, is observed by researchers with drone and satellite images. 40 scientists from 36 institutions, including 2 National Geographic officials, conduct the research.

Snows are melting earlier:
Since the summer season is hotter in the polar region, the snow is melting early and the plants start to open leaves in spring. While the tundra vegetation is spreading towards new regions, the plants are already developing in the regions where it already exists. Changes in vegetation alter how carbon is captured and released into the atmosphere.

However, researchers say that polar greening has causes other than global warming. The melting time of the snow and the change in the humidity of the land are also the factors that make the polar region greener.

Researchers think that polar greening is vital for understanding global climate change because tundra plants act as a barrier between the warmed atmosphere and large carbon piles stored in frozen soil.

The North Pole warms 2 to 3 times more than the rest of our world. Alaska has become 2 degrees warmer since 1949, especially in the winter months. In some parts of Alaska and the interior of the Arctic, winters are on average 5 degrees warmer. It has been over 20 years for researchers to begin researching greenery in the polar region. In those years, Alaska’s northern coastal region, Canada’s lower-pole tundra, and eastern regions of Siberia have become greener.

Bezos Wants To Take Industries Into Space To Reduce Pollution