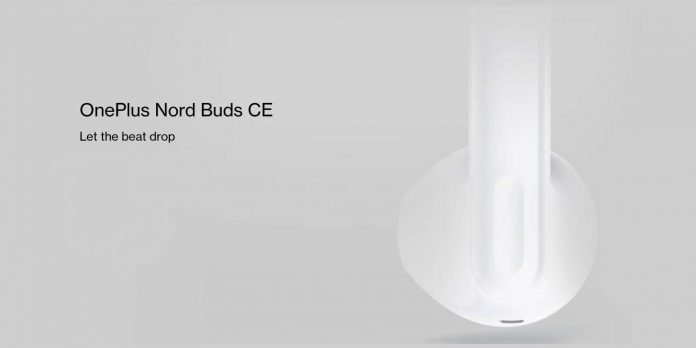 OnePlus released the Nord Buds in early 2022 as the cheapest headphones, and now it’s ready to release an even more affordable model called the Nord Buds CE. Here’s what to expect from the new OnePlus budget headphones. The disappearance of the audio jack on most phones has increased the popularity of Bluetooth headphones, especially wireless headphones.

Like wired headphones, TWS headphones are available at different prices. While some sell for as little as $20, others sell for $249. And although this is infrequent, some manufacturers have started to supply their phones with free headphones.

OnePlus will announce the release of the Nord Buds CE on August 1, and before its launch, it started teasing its design, features and price. In terms of appearance, the Nord Buds CE will have an open design (also known as “half-pads”), very similar to the original OnePlus Buds released in 2020. This design choice means that the headphones will not have replaceable silicone attachments, which should help with passive noise reduction, as well as ensure a secure fit. In addition, the advertising page shows that the headphones will have a long rod with a recess at the top, which should be a pressure-sensitive button to control playback and calls. It is also confirmed that they will be available in white. Although it was disclosed in an earlier report, there will also be a gray version.

OnePlus Nord Buds CE will be released on August 1st to continue the legacy of amazing sound quality and great design.

Nord Buds CE will not have wireless charging

OnePlus also announced that the Nord Buds CE will be equipped with 13.4mm dynamic low-frequency drivers with titanium coating. They are larger compared to the 12.4mm drivers inside the Nord Buds. Given that they are on the edge of a budget, they most likely won’t support active noise reduction. However, there must be some form of noise reduction for calls. In addition, none of the teasers published by the manufacturer hints that water resistance is an advantage. However, it must have at least an IPX4 rating for splash and sweat resistance.

OnePlus will ship the headphones in an oval carrying case similar to the Pixel Buds series. The budget headphones aren’t expected to support wireless charging, but OnePlus is teasing that it will support fast wired charging via USB-C. It would be nice if it could match the Nord Buds, which provides up to five hours of listening to music after just 10 minutes of charging. The Nord Buds CE will connect via Bluetooth 5.2 as indicated in the Bluetooth SIG list. It should also be compatible with Android and iOS devices. Like other OnePlus headphones, they should also work with the HeyMelody app for smartphones other than OnePlus.