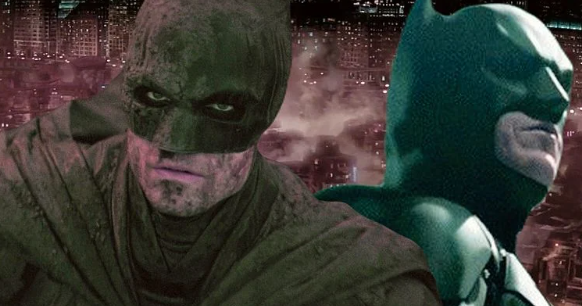 Batman created Gotham City like no other and fixed one of the greatest mistakes of Christopher Nolan’s Dark Knight trilogy. Batman’s Gotham City has been praised as a successful part of Matt Reeves’ new take on the superhero. He had his own personality, and he felt almost like an independent character, which was not enough for Gotham from Nolan’s films.

Gotham City served as a playground for Robert Pattinson’s Batman as he chased the Riddler around the city, including a key scene at City Hall. The film was almost entirely shot at night and in various locations, primarily in Liverpool, England. However, some scenes were also shot in Glasgow, London and Chicago, as well as in the studio for certain shots. The Dark Knight trilogy also used several locations to create Gotham, including New York, London and Chicago. However, as in any movie, several additional real locations were used as stand-ins for certain buildings, for example, the use of University College London as a courtroom in Batman: The Beginning.

Batman’s use of night filming and his distinctly Gothic choice of locations contrasted with the cosmopolitan light of Chicago’s Gotham City from Nolan’s films. The choice of Matt Reeves to shoot in Liverpool gave the film a particularly unique look compared to Nolan’s films, which were based on more famous and well-known cities. The use of St. George’s Hall as Gotham City Hall was particularly effective, as the Gothic building gave Batman a distinctly gloomy aesthetic that was much more reminiscent of Gotham from the comics.

In addition, using studio sets, Batman drew inspiration from Tim Burton’s Batman movie, which was shot at Pinewoods Studios in London. The combination of studio sets with unrecognizable urban locations created a unique setting that really seemed torn right out of a comic book. While Nolan’s films could easily be defined as set in New York or Chicago, Batman’s setting could only be defined as Gotham City.

Matt Reeves’ interpretation of Gotham City was just one of the many elements that made “Batman” so highly appreciated by both critics and viewers. He abandoned the trappings of obvious filming on location and managed to create a truly comic Gotham defined by shadows and Gothic architecture. While Christopher Nolan’s Batman Begins was also mostly successful in this regard, Gotham from The Dark Knight just felt like Chicago, and it lacked the creepy magic that made the city so special in the comics.

Twitter Allows The Use Of Authenticated NFTs As A Profile Picture