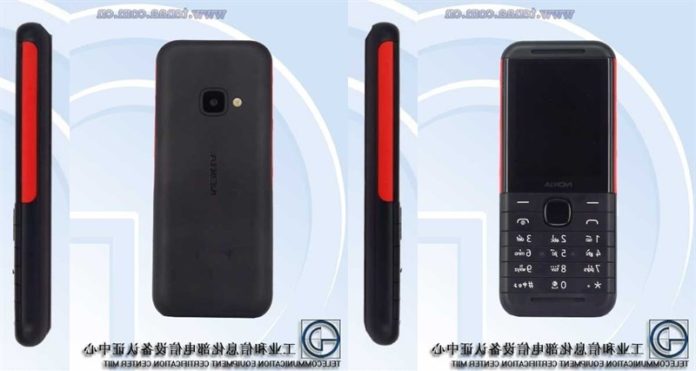 Nokia’s new key phone numbered TA-1212, which continues to work within HMD Global, was released with a 3C certificate. The device is expected to bear the name Nokia Xpress Music.

We got the news of a new device from Nokia, which started to recover after joining HMD Global in the past weeks. In addition to the smartphones that appeal to the entrance and middle segment, the company appeared before us with a key phone this time. The model number of this device was TA-1212.

Nokia TA-1212, which will be the new phone we are talking about, appeared on the website of the Chinese certification institution TENAA today. Along with the information that emerged, some allegations were made that the new phone would bear the name Nokia Xpress Music.

Nokia TA-1212 appeared with 3C certification:
Today, a new information about the Nokia TA-1212 has emerged. Nokia Xpress Music, which is expected to be introduced soon, appeared on 3C’s website. Along with the model number of the device, many technical features have been revealed. Let’s see what kind of phone Nokia’s new phone TA-1212 or Xpress Music will be.

According to information from the 3C certification site, Nokia Xpress Music will have a 5VDC standard charge. However, Nokia Music Xpress will not have 4G support and will only appear as a mobile phone that supports GSM.

The battery section of Nokia Xpress Music will welcome us with a 1,200 mAh battery that looks giant compared to itself. In addition, the device will have 8 MB of RAM and 16 MB of storage. On the camera side of the device, there will be a camera with a resolution of 0.3 MP.

Meghan Markle and Prince Harry get kicked out of a restaurant!

Watch Dogs Legion: will be selectable in the campaign

A Woman Caught on Hidden Camera of the Vehicle While Drawing...