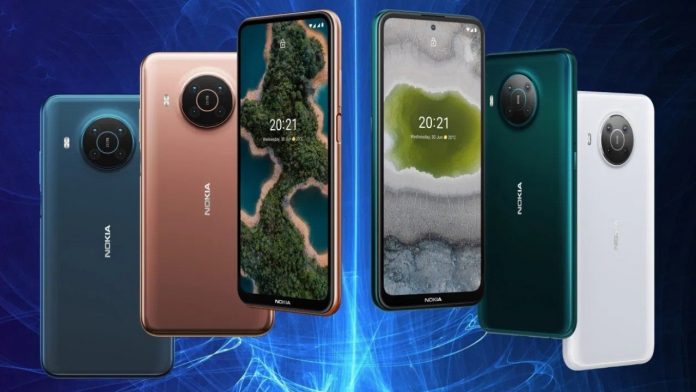 Nokia X20 launched with 5G feature. The company renewed its smartphone lineup with the new budget-friendly Nokia X20 to compete with big companies such as Samsung and Apple.

Finland-based HMD Global purchased Nokia’s mobile phone division from Microsoft in 2016. Having the license to design and sell Nokia mobile phones after the purchase, the company has launched several smartphones since then.

Nokia X20, powered by Qualcomm’s Snapdragon 480 5G chipset, has 5G connectivity support. The smartphone, which is offered with two different RAM options, 6 GB and 8 GB, offers 128 GB of storage. In addition, it should be noted that the memory of the device can be increased up to 512 GB with microSD card support.

On the front of Nokia X20 is a 32 Megapixel, fixed lens-focused selfie camera. The new generation phone also has a “dual view” feature that allows you to use the phone’s two cameras at the same time to capture different angles from one shot.

HMD has promised three years of full protection for its newly introduced phones. This means that the company will provide security updates for three years and provide a full warranty. In addition, a special case for phones, which it offers as an environmental initiative, will also be in its box.

It continues to struggle in the smartphone market with Chinese companies such as Nokia, Samsung, Huawei and Xiaomi. Nokia X20 5G, the price of which is not yet known, is planned to be available in May.