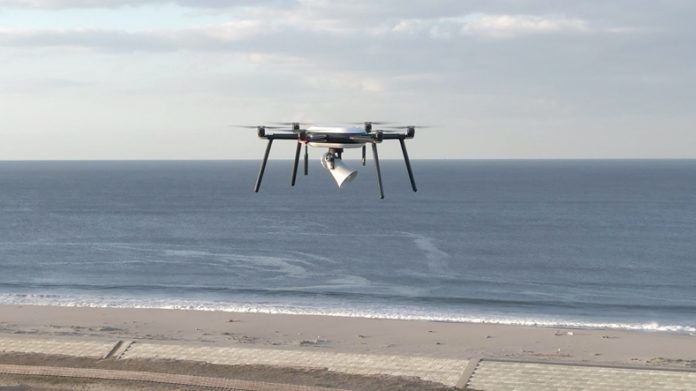 Finland-based telecommunications company Nokia is testing the potential use of drones in tsunamis and other disasters. For this purpose, the company conducted a test flight in Sendai, Japan, and used a dedicated LTE network to control and communicate the drone.

Located in the center of Japan’s Tohoku District, Sendai, a city with a population of 1 million, was destroyed by the tsunami caused by the major Japanese earthquake in 2011. Following the tragedy, Sendai is in the process of restructuring and is developing several projects with international partners to reduce the risk levels of disasters such as tsunamis and earthquakes. One of these is the Finnish telecommunications company Nokia.

Using plug-and-play digital automation cloud technology, Nokia has set up a dedicated LTE network in Sendai, and plans to monitor airborne messages and deliver real-time alert messages through HD and thermal camera and speaker-mounted drones. The Finnish company, which successfully carried out its first test flight in the coastal areas devastated by tsunami, proved that using a dedicated LTE network to communicate is an effective means of raising awareness and reaching affected people during a disaster.

Performing a tsunami simulation, Nokia was able to quickly send warning messages to people in the coastal areas through the drone. Experts monitoring the potential locations of the disaster in real time with the camera images obtained from the drones, drew the evacuation route to the people using the drone.

Sendai Mayor Kazuko Kohri said the use of the drone would play a key role in ensuring the safety of Sendai and its surroundings. “Drones can help us reach people in disaster areas quickly, Koh Kohri said, adding that they are very excited about their partnership with Nokia.

“We wanted to prove that drones and private LTE networks can be used to avoid disasters,” said John Harrington, president of Nokia Japan.

Can a wireless charger damage the phone?