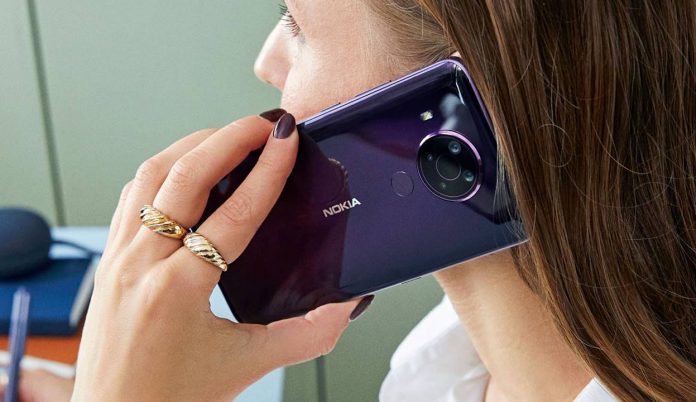 Nokia G10, which will be released soon with its mid-range hardware, has been leaked with all its technical specifications. The device, whose almost every detail is shared, from the starting price of the sale, will probably be officially released next month.

HMD Global said in an announcement yesterday that it will introduce a series of new Nokia smartphones on April 8. Currently, the names of these devices have not been officially announced. However, it is thought that the G10 that emerged today could be one of those phones.

The new Nokia phone, leaked to the Internet by the NokiaPowerUser platform, will have a 6.38-inch HD + display. The phone, measuring 160.97 × 75.99 × 8.7 millimeters and weighing 180 grams, will be released in blue and purple color options. Although we cannot see the design of the phone yet, the company is not expected to make a significant breakthrough in this regard. The budget-friendly phone will likely come with a design we are used to, similar to Nokia’s other mid-segment devices.

Allowing ideal use with 3GB or 4GB RAM capacity, the Nokia G10 will offer its customers two different storage options of 32GB and 64GB. According to the claims, there will also be a microSD card slot in addition to this. In this way, users will be able to expand the device’s memory up to 512GB. The device will have an eight-core processor. Unfortunately, it is not known which chipset will be preferred for now. It looks like this is the only question mark about the phone right now.

The G10 device, which will be opened with the Android 11 operating system right out of the box, will offer 3.5 millimeter headphone jack, FM radio receiver, dual microphones and Qualcommm aptX support. Also, dual SIM card support will be allowed on the phone. If the phone is in the non-removable battery system, 4,000 mAh battery capacity will be preferred.

In the quad camera system of the phone, we will encounter a 48 megapixel main camera. In addition, the module will be completed with a 5 megapixel ultra wide angle lens, a 2 megapixel depth sensor and a 2 megapixel macro camera. On the front will be a 16-megapixel selfie camera.

The expected sales price of the Nokia G10 will be released for 139 Euros, again according to the same claims. It is not yet clear what the price of a top model will be.