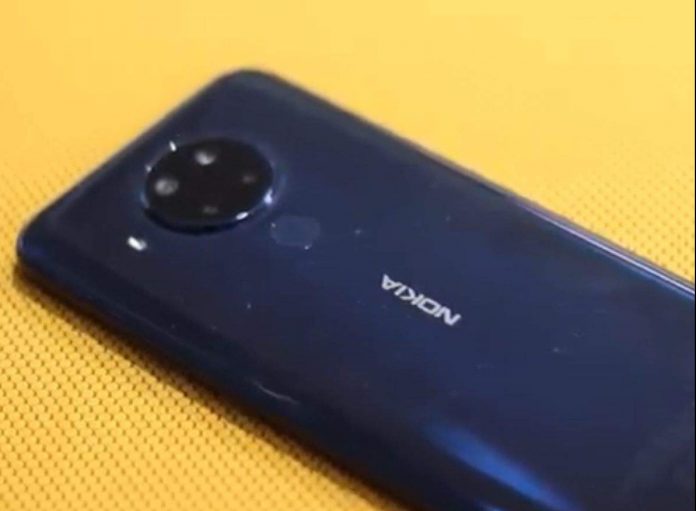 Today, HMD Global has officially confirmed when it will announce a new smartphone called Nokia C20 Plus. The company also shared an image of the phone to showcase the rear design of the device.

Nokia C20 Plus may come with dual camera setup

The Nokia C20 Plus poster features a round-shaped camera guard and an LED flash on the textured back. When we look at the poster again, we can see that the device will come with a dual camera setup. The left side has a SIM card slot, while the right side may have a volume rocker and a power button. Looking at its top edge, it appears to have a 3.5mm audio jack. The rear design matches a leaked schematic that surfaced last month.

The Nokia C20 Plus is thought to be a Nokia phone with model number TA-1388, which was recently spotted on China’s 3C and TENAA certification sites. The 3C listing of the phone reveals that it is an LTE device that can be labeled with a 10W charger.

The Geekbench report of the Nokia C20 Plus suggests that it has 3GB of RAM and Android 11 operating system. The listing also reveals that it is powered by the Unisoc chipset, which has four cores running at 1.20 GHz and a different quad core running at 1.60 GHz.

It was revealed last month that the Nokia C20 Plus phone will have a 5,000mAh battery. Looking at the nickname of the device, we can see that it will be an upgraded version of the Nokia C20 that was announced in April.

Silent Hill domain was mysteriously bought by someone