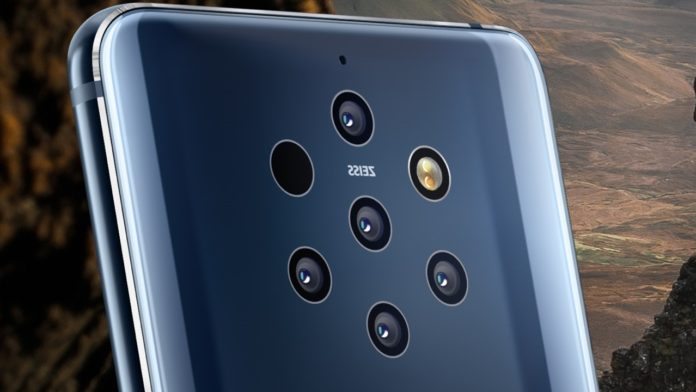 The Nokia 9 PureView was launched last year with its five-camera system. Promising high-end camera experience, the device managed to surprise users with five cameras. Nokia 9 PureView, which has done quite well with Carl Zeiss lenses, has been the focus of criticism with 9.1. According to the latest news, Nokia 9.3 aims to make an ambitious entry again with the PureView 5G camera.

In the leaked information, it was stated that the device will continue its five-camera design approach.

Nokia 9.3 will be assertive with PureView 5G camera
It was stated that a revised camera system for Nokia 9.3 PureView was planned. Continuing to work with a new partner, HMD Global promises an improved camera experience for the Nokia 9.3 PureView. The leaked features state that the device has a 64 Megapixel main camera and a 108 Megapixel wide angle camera.

Although there is no clear leak for the remaining three cameras, the telephoto, macro and depth sensor are expected to be present on the device. Although there is no clear leak at the front yet, there is a rumor of a 48 Megapixel front camera. It is also possible that the device has a full screen design. This indicates that the front camera may be openable.

On the technical side, the device will be powered by Qualcomm’s most advanced processor, the Snapdragon 865. It is also stated that the phone that comes with 5G support will be covered by Android One.

The Nokia 9.3 PureView 5G is expected to be introduced in August or September with Nokia 7.3.