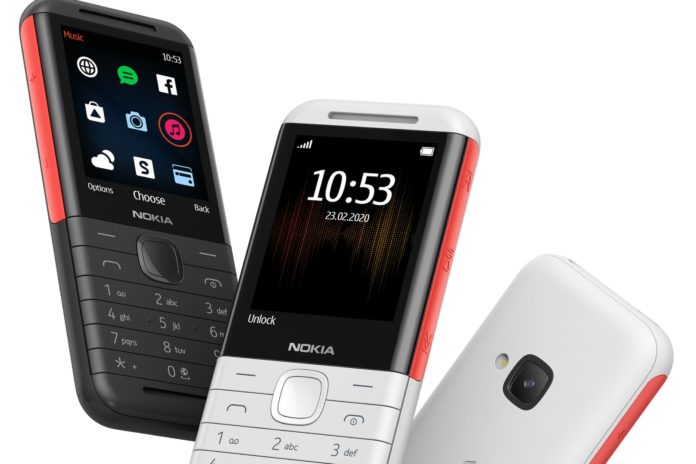 The Nokia 5310 phone is back after more than a decade, to the delight of nostalgic fans. Nokia introduced a new version of the iconic Nokia 5310 Xpress Music, 2007, now with a redesigned design. The phone arrives in 2020 with the classic physical buttons for music control and also with double front speakers. It will be sold in Europe for 39 euros, about R $ 215 at the current price.

The launch was made on Thursday (19) along with three other cell phones: Nokia 5.3, Nokia 1.3 and Nokia 8.3, the first of the brand with support for 5G. HMD Global, holder of the name Nokia, also brought good news for Brazilian fans: Nokia phones will be marketed in Brazil again this year. The announcement was anticipated by TechTudo exclusively.

As expected, the phone arrives with a simple proposal. The device has the MediaTek MT6260A processor together with only 8 MB of RAM. The internal storage is 16 MB, even less than the 30 MB capacity of the 2007 version. However, it is possible to expand the data via microSD card up to 32 GB.

The QVGA screen has risen from 2.1 inches to 2.4 inches and the camera remains in VGA quality, but the new version has a flash. On the battery, Nokia’s promise is the same as it was in the past: almost a month’s worth of rest due to the 1,200 mAh component.

Among the extra features are also the MP3 Player and the FM radio – with emphasis on the physical buttons dedicated to these functions -, and the traditional inputs for 3.5 mm headphones. It is worth remembering that, for bringing its own system called the Nokia Series 30+, the model should not work with apps known to the public, such as WhatsApp and Instagram.

Expected to launch in March in the European market, there is still no information on price and date of arrival in the domestic market. HMD Global did not disclose whether the sale of the cell phone will be part of the sales strategy for Brazil.

Samsung is hammering the final nail in the coffin of the...