Home Tech Nokia 1200 features that now look like a joke 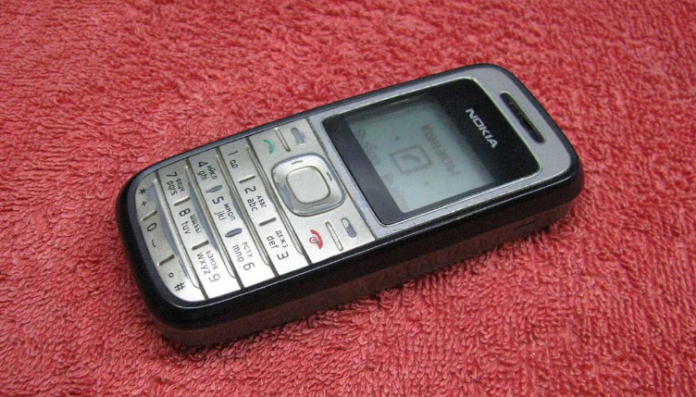 The Nokia 1200 model, introduced by Nokia in May 2007 and won our hearts, continues to be used today, although rarely. We have also reviewed the legendary Nokia 1200 features for you.

When we look at smartphones manufactured today; we can see very high specifications, such as very large screens, at least 3 or 4 cameras, 1 TB of internal memory. However, exactly 15 years ago this was not the case. The theme of our material is Nokia 1200, one of the legendary phones of that time, which was introduced by Nokia in 2007 and won our hearts. enough for the state of the art of that time.

Nokia 1200 with a screen of only 1.5 inches, 4 MB of internal memory and many other amazing features was one of the phones bought with the logic of “hello, enough is enough” when smartphones first appeared in 2007-2008. . In fact, this phone has become so popular that it can still be seen in the hands of your old people who have reached a certain age today. We also took a detailed look at this legendary Nokia 1200 phone.

1.5-inch screen
weight 77 g
black and white screen
4 MB of internal memory:
Nokia Series 30
There are 3 games in total, including a game about snakes.
700 mAh battery
Lantern
Several phone books
Color options
Contents of the box
1.5-inch screen
Among the features of the Nokia 1200, let’s start with the 1.5-inch screen, which amazes us if we compare it with today’s. The screen of the model 1200, measuring 29 x 23 mm, had a resolution of only 96 x 68 pixels. The screen-to-body ratio of the legendary Nokia 1200 phone is 15.2 percent. To compare the 1.5-inch screen with modern phones, the latest member of the Samsung Galaxy Note family, the Galaxy Note 20 Ultra model, has a screen size of 6.9 inches.

Let’s move on to the physical characteristics of the Nokia 1200. When you pick up the Nokia 1200, it’s perfectly normal to notice that it’s quite light, because this phone weighs only 77 grams. With a thickness of 17.5 mm, a length of 102 mm and a width of 44 mm, the Nokia 1200 easily fits in the palm of your hand. So, so to speak, Nokia 1200 was one of those very small and convenient mobile phones that could fit in your pocket.

Even the smallest application that we use in modern phones has a size of hundreds of MB, while the Nokia 1200, released in 2007, had only 4 MB of internal memory. Compared to today’s technology, “How can 4 MB of memory be enough?” You can think. For a phone with only calls, text messages and 3 games, we can say that 4 MB of memory was quite enough. At that time, there were two things that could fill up your phone’s memory. One of them is your numbers that you have saved in your contacts, and the other is your message box. But, of course, this may not be enough. For example, when you received 60 SMS messages on your phone, you had to delete them because your memory was not enough for the remaining messages.

The 1200 was supported by one of the popular interfaces of that period, the Nokia Series 30. An interface where you can find what you want by swiping your finger sideways, a customizable menu of the top left button and many other user-friendly interfaces were also welcomed in the Nokia 1200.

There are 3 games in total, including a game about snakes.

We are sure that each of us has played snake on these phones at least once. With great excitement, we enjoyed playing this game with rubberized Nokia keys, which do not work with a single click if necessary. There were 3 games in total in Nokia 1200, including a snake game.

As with the storage, you may be wondering how long the 700 mAh battery will last. This battery, completely inadequate compared to today’s technology, allowed the Nokia 1200 to be used for 390 hours without recharging. The battery, which at the moment seems quite small, provided longer operation than today’s phones with a 5000 mAh battery. Moreover, after the Nokia 1200 is fully charged, you will be able to make 7 hours of continuous phone calls.

Let’s get to one of the irreplaceable functions of Nokia phones. The Nokia 1200 also had the phone’s flashlight feature, which can be turned on and off from the phone’s rubberized keyboard, which is your salvation in the dark. The flashlight, which can be turned on and off by pressing and holding the upper direction button, will come to your aid in the most difficult moments. As a child, each of us played with this flashlight because we were curious and it was very strange for us to have a flashlight on our phone.

In total, Nokia 1200 had 5 different phone books, each of which could store a maximum of 200 contacts. In other words, when you had the legendary phone of that period 1200, you could divide your contacts into different categories and classify them into 5 separate contacts. For example, you can assign your colleagues to another directory, your family to another directory, and it will be easier for you to find the people you are calling.

The Nokia 1200 was introduced in May 2007 in only two color variants. Presented only in gray and blue, the front of the 1200 consisted of a fixed light gray color. That is, the color options concerned only the plastic back cover and faceplates. The front part of both models is made in the same color.

Contents of the box

The Nokia 1200, which came in a small box, had very simple box contents compared to phones manufactured at the time. When we opened the Nokia 1200 box, we were greeted by the phone itself, the charger, the battery and the user manual. CDs with user manuals, which were very popular at the time, were not available for the Nokia 1200. In fact, it would be quite strange to put a custom disk for the phone in Nokia 1200 technology.

We have reviewed in detail the legendary Nokia phone, Nokia 1200. The capabilities of the Nokia 1200, if insufficient compared to today, then compared to the push-button phones produced at that time, they were quite enough. Have you used Nokia 1200 before? Don’t forget to share your memories with us with 1200!