Home Entertainment “Nobody teaches you…” — Sadie Sink, star of the TV series “Stranger... 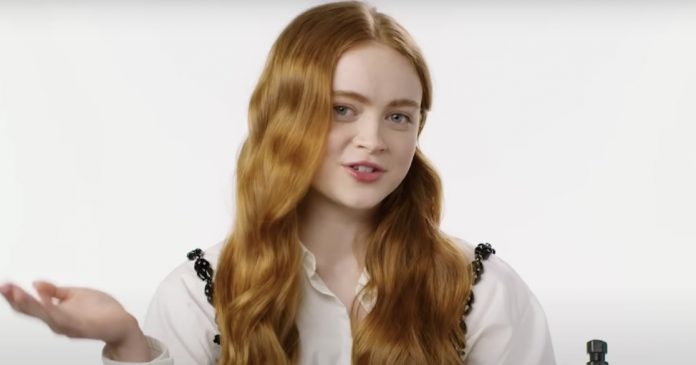 Sadie Sink was born in Brenham, Texas, and began her acting career at the age of 11. She made her television debut in the 2013 series The Americans. Since then, she has been getting significant roles in films and TV series. We’ve seen her baffling performance in “Stranger Things” and “All Too Well” by Taylor Swift. She also starred in The Glass Castle as a younger version of the character Sarah Snook in 2017. It is impressive that for several years of her career she has worked with such actors as Helen Mirren, Woody Harrelson and Winona Ryder.

While it makes us wonder what she will achieve in the coming years as she attracts the attention of directors, “Stranger Things” will always be a vibrant part of her journey as the show has caught her attention. And it was a place that taught her a lot and raised her into a beautiful young woman. Recalling her explosion of fame, she spoke about her first experience on the red carpet.

Sadie Sink told about her first walk on the red carpet

In one of her interviews for Teen Vogue, Sadie Sink told everything about her “first” to everyone, from trick to date. One of the most important events was her first appearance on the red carpet, which is considered a landmark moment for any actor. The actress said that she first appeared on the red carpet for the premiere of the second season of “Stranger Things.”

“God, no one teaches you what to do with such things. They kind of just blind you,” said the “Street of Fear” star. At that time, the young actress had no idea how to pose for photos and how to react to people.

Since she was new to fame, while the show had already managed to gather a huge number of fans in its debut season, she was just trying to see what others were doing and “imitate” her colleagues.

Sadie added that people called her and it was overwhelming to see the madness in people. “They called my name. And I remember that it was very strange for me because the show hadn’t even come out yet,” the All Too Well star explained.

However, today the actress has noticeably recovered, fame and industry have become an integral part of her. She is currently working on many projects, such as “Dear Zoya”, “The Whale” and “Berlin Nobody”. What do you think about this rising star of the TV series “Stranger Things”? Share your thoughts with us in the comments section.