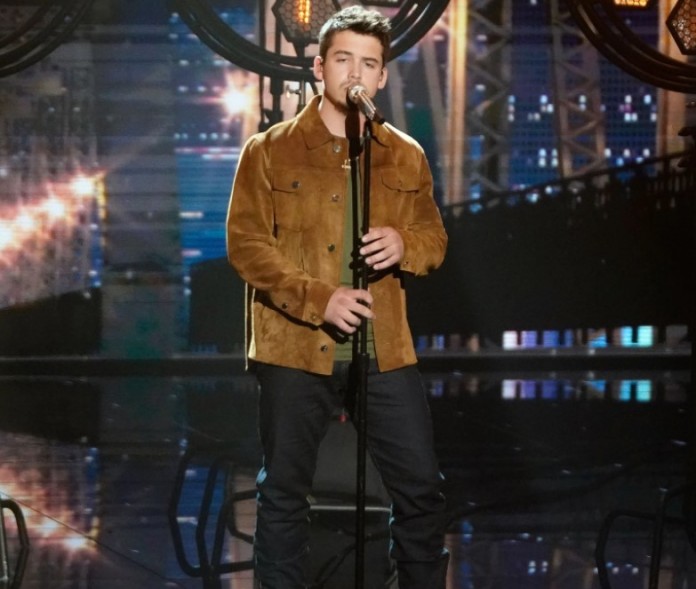 A new winner! Noah Thompson became the winner of the 20th season of American Idol after a duel with Leah Marlene and HunterGirl.

The 20-year-old Kentucky native won on Sunday, May 22, in the final after performing songs by Rihanna and Bruce Springsteen, as well as his own original single “One Day Tonight”. “Oh, my God,” the country singer said after learning about his victory. “My heart is jumping out of my chest, it’s crazy!”

During an audition at the beginning of the season, Thompson revealed that he had almost not signed up for the show. “I would never sign up for something like this,” he explained, adding that his best friend actually submitted his name to the producers on his behalf. “I’ve never had such confidence.”

The former builder’s time on the show was also not without ups and downs. Shortly before the final, Thompson tested positive for COVID-19 and had to perform from his hotel room. Although he struggled with his illness, he later revealed that his symptoms were worse than he had shown.

“I’ve never had such a sore throat in my life. It was killing me,” he recalled. “To be honest, I can’t believe I survived because it hurt so much. I had such problems with it. I’m just glad it worked out.”

The coronavirus pandemic was not the only source of dramatic moments in the 20th season of the ABC series. In April, leader Kenedy Anderson made headlines when she abruptly left the show for personal reasons.

“It was one of the most difficult decisions I’ve ever had to make, but I know it’s necessary,” the then 18-year—old singer wrote in a statement on Instagram. “I am so grateful to American Idol, the judges, the producers, the amazing contestants and all the fans who supported me.”

Judge Luke Bryan later told USA Today that he and his colleagues were “heartbroken” over Anderson’s decision to leave, although he sympathized with the pressure the contestants faced.

“These kids, they’ve done a lot of things,” the 45—year-old Georgia native said in April. “I think potentially for [Anderson’s] career that she is part of our family is as good as the path or the path to the top. But if you have doubts, anxieties and other things… we are heartbroken as a show because she was so dynamic and gorgeous.”

Keep scrolling to find out about five facts about Thompson.

Thompson was born and raised in Louisa, Kentucky, near the state’s eastern border with West Virginia. He’s the first person from Kentucky to win American Idol.

Throughout the season, Thompson amazed the judges with covers of songs by artists such as Harry Styles, John Mayer and Jason Isbell, with a touch of country. His first single “One Day Tonight” is definitely country.

4. What are his plans for the future?

After the finale, Thompson told “Good Morning America” that his first priority would be to return home to Kentucky to see his friends and family. “I want to see my family and just let it settle down, you know what I mean?” he said on Monday, May 23. “It’s going to be wild. I’ll try to just stay at home for a while.”

Thompson is in a relationship with Angel Dixon, with whom he has a young son named Walker. “My little boy, I’m striving for all this,” Thompson said in one episode of the show. life.”