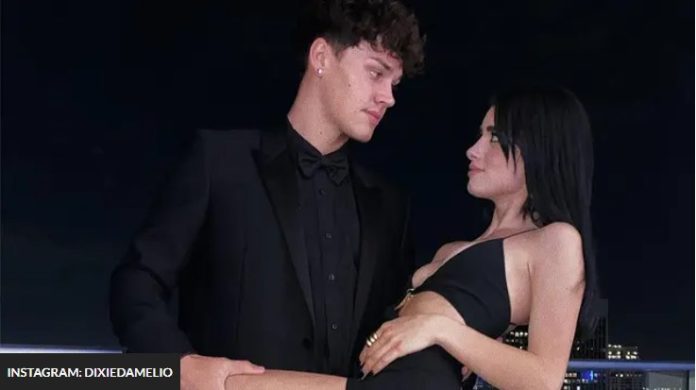 Publicist Noah Beck has officially confirmed that the TikTok star broke up with Dixie D’Amelio after the couple had relationship problems on D’Amelio’s show.

The romance of Dixie D’Amelio and Noah Beck has been a hot topic for fans of the famous TikTok couple since they first met in 2020.

The two were “relationship targets” for viewers all over the app, but unfortunately, from the very beginning they were plagued by breakup rumors, and fans were convinced that they repeatedly faced problems in paradise.

In fact, this prompted the couple to remove their relationship from social media, which does not seem to have dampened the speculation that constantly surrounded them from all sides.

More recently, fans noticed that Noah was not present at Dixie’s 21st birthday celebration in Las Vegas, and suggested that he even cheated on her with Barstool Sports presenter Brianna Chickenfrey.

Although both Brianna and Dixie denied these rumors, fans weren’t sure if something was wrong… and they weren’t completely wrong.

Their problems reached a climax in the second season of D’Amelio’s show on Hulu, where the two stars experienced an awkward breakup due to conflicting schedules and a busy life.

Although it seemed that it was still possible to reconcile between them, Noah’s publicist has since destroyed all hopes that the former couple would get back together.

In a statement to the New York Times, Beck’s publicist Larisa Saens said the two are officially donion rings. “We can confirm that the couple is no longer together, but remains close friends,” Saenz wrote in an email.

At this point, it looks like these two lovebirds of TikTok are no longer an item— something Noah teased on an episode of his podcast back in October, though he didn’t come out directly and confirm it.

This news followed how Dixie D’Amelio shared news about her health after she was diagnosed with premenstrual dysphoric disorder.

Nintendo Direct is Reportedly Delayed Due to the death of the...