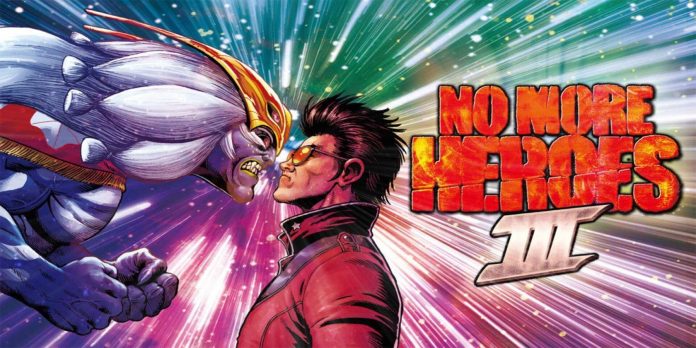 After a year of exclusivity, Nintendo Switch No More Heroes 3 from Grasshopper Manufacture has received an official release date for other platforms. Published by Xseed Games in North America, No More Heroes 3 is coming to PC, PlayStation and Xbox this October, and will also debut in a brand new trailer showing the game with a higher frame rate and resolution.

No More Heroes is one of the oldest and most beloved Suda51 franchises. This series was first released on the Nintendo Wii in 2007 and instantly became a cult classic thanks to its daring and unusual humor mixed with a chaotic game style. The ironic adventure game from Suda51 went silent after the release of the sequel in 2010, and then got its last entry in 2021 with No More Heroes 3. In 2021, the franchise will also exit its Nintendo exclusivity, releasing its first two games and a spin-off on all platforms. Thanks to today’s announcement, Travis Touchdown fans won’t have to wait long to put together their collection.

RELATED: No More Heroes 3 will be Released on PlayStation, Xbox and PC

No More Heroes 3 is released on October 11 on all PlayStation and Xbox consoles, as well as on PC via Steam. The game will have Japanese voice acting, and it will go beyond the power limits of the Switch thanks to faster loading times and cutscenes with clear 4K 60 frames per second. Poor performance and long loading times were the main criticisms about the game when it was released for Switch last year. The new trailer for No More Heroes 3 accompanies today’s announcement of the release date and demonstrates an insane, ultra-fast gameplay with a speed of 60 frames per second.

Physical copies of No More Heroes 3 are currently available for pre-order at several online stores, and Xseed Games has added some unique memorabilia for fans of the series. No More Heroes 3 Day 1 Edition costs $59.99 and includes a paperback artbook with more than 70 pages of illustrations, a CD with 22 songs from the original soundtrack and a commemorative Santa Destroy license plate.

No More Heroes 3 is the latest game in the series, marking the end of Travis Touchdown’s journey to becoming the highest—ranking superhero in the galaxy. Despite criticism for several gameplay elements that spoil the game as a whole, No More Heroes has a remarkable legacy. Suda51, the director of the series, later incorporated much of the same action and unusual humor from No More Heroes into Lollipop Chainsaw with great success. Moreover, Lollipop Chainsaw will inspire James Gunn to reboot “Suicide Squad” and proved popular enough to justify a full-fledged remake, which is currently in development.

No More Heroes 3 is now available for the Nintendo Switch, and ports for PC, PS4, PS5, Xbox One and Xbox Series X|S will be released on October 11.

Hasbro Brings Back The Board Game HeroQuest And Announces Its Arrival...

Everything announced and shown at the Guerrilla Collective Showcase 2022