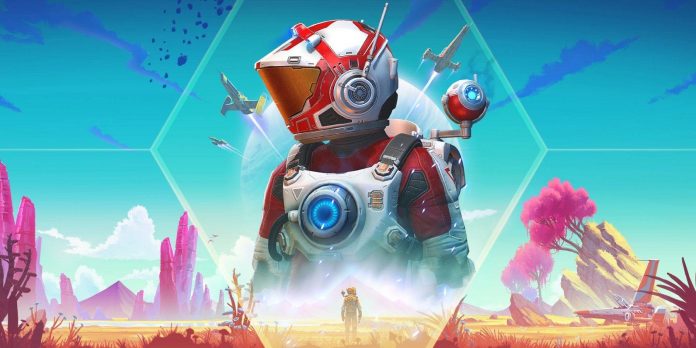 No Man’s Sky by Hello Games, dedicated to exploring the universe, has changed dramatically since its launch in 2016. Having turned from a game that made a splash into a cult classic, the studio has put all its heart and soul into distancing itself from that disastrous launch six years ago. Update after update keeps coming, adding more free content. Since the game is so much expanded, many assume that the PC version requires decent hardware to work. But it turns out that this is not the case.

According to a recent PCGamesN report, No Man’s Sky will not only run on relatively inexpensive systems, but also does not need a dedicated graphics card. This does not mean that graphics hardware is not a requirement, but the list of specifications now states that gamers will not need an Nvidia or AMD GPU to play No Man’s Sky on a PC. From the point of view of the minimum requirements, an Intel UHD 630 with 3 GB of video memory should be enough. This integrated graphics processor is part of the 8th and 9th generation Intel processors. It’s also possible to run the game on an i3 processor, so it looks like the game doesn’t even need the current processor.

Of course, something like an Nvidia RTX 3090 graphics card will obviously work wonders for the game, but it’s nice to realize that an integrated graphics chip will be enough, especially in our time when many people are simply not ready to part with their money. for expensive equipment. A YouTube video from RandomGaminginHD says that playing No Man’s Sky without a dedicated graphics card will still give a decent frame rate. Although this will require a bit of tweaking of the game settings, players will still be able to reach 30 frames per second, which should be comfortable for most.

Recently, No Man’s Sky received an Endurance update, so Hello Games continues to release new content for this large-scale sci-fi game. When it was launched, it was sharply criticized for having very little to do. It quickly became apparent that the studio heavily advertised what players would be able to do in the game, to the point that lawsuits were filed for false advertising.

However, these days it’s a different story. In fact, a few months ago, No Man’s Sky won a BAFTA, taking home an award for an evolving game. As a result, the game had one of the biggest redemptive arches in the industry, and is enjoyed by millions of devoted fans around the world.

Turbo Golf Racing roadmap shows the content that will appear in...

Todd Chrisley says the Lawsuit has made his marriage to Julie...