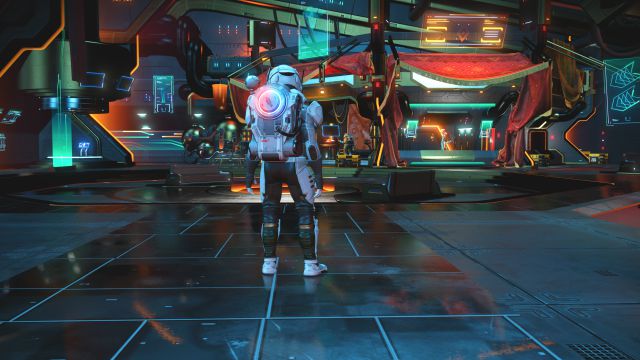 No Man’s Sky: The Hello Games video game has been on the market for almost five years, but it continues to receive content and improvements. Soar through the skies to space, travel to remote locations and travel the universe in search of new creatures and experiences. That was the premise of No Man’s Sky from its inception, although its path to achieving its goals has been long and arduous. After a launch full of problems, back in August 2016, Hello Games has not stopped working on its product. After a good number of updates and expansions, now comes a patch that improves the visual aspect of the video game.

The Prisms update introduces new graphical features. Rain modifies your lighting so that surfaces appear wetter and brighter. New lighting effects are added inside the caves. There will be more stars and volumetric lighting effects both inside the ship and inside the space stations. As if that weren’t enough, many of the alien alien species can be adopted to accompany us during our intergalactic journey.

Those with compatible NVIDIA PC graphics cards now have a number of major enhancements. They will be able to take advantage of DLSS technology to improve the rate of images per second, which under what circumstances may be doubled.

With No Man’s Sky about to celebrate its fifth anniversary since it was released, Hello Games has turned to its product, which will continue to receive news soon. The studio recently added an interesting easter egg about one of BioWare’s most beloved sagas. Mass Effect Legendary Edition, the remastering of the trilogy for current systems, came out a few weeks ago, so this independent video game incorporated Shepard’s Normandy ship for a limited time.

No Man’s Sky went on sale on PS4, Xbox One and PC, although it is backwards compatible with next generation consoles.