Home Tech No High Limit for FPS in DOOM Eternal 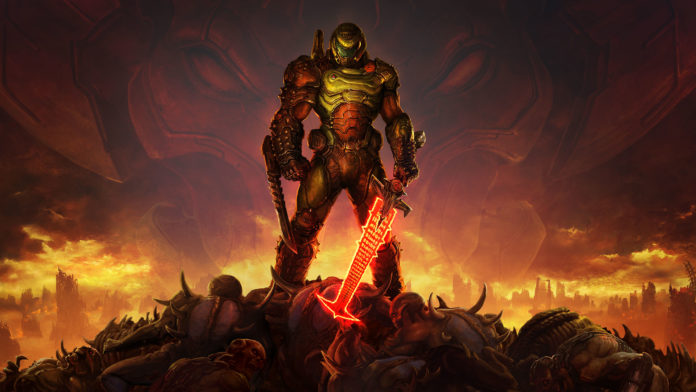 Billy Kahn, chief software engineer at id Software, said in an interview with IGN that DOOM Eternal will not have an upper limit of FPS. In other words, anyone who can afford it will be able to reach 1,000 FPS while playing the game.

Video games are played to get rid of the stress that many people face in daily life. Of course, even though these games vary from person to person, when we think of the concept of ‘stress relief’, we only think of one choice: DOOM with its endless action and solid music.

Thanks to its unique gameplay and atmosphere, DOOM manages to attract players. The expected game of the series, DOOM Eternal, will probably succeed in retaking all DOOM players. Today, however, another detail has been shared about DOOM Eternal.

Anyone who can afford it can reach 1,000 FPS:
In the past, you will remember that we brought the graphics to the lowest possible level for gaming on our computers. When we had a constant 30 FPS while playing games, we would be delighted. But today we have reached such a point that these FPS values ​​will now reach four-digit numbers.

Billy Kahn, the chief software engineer of id Software, who interviewed IGN, announced that the id Tech 7 game engine will have a huge impact on DOOM Eternal. Billy Kahn stated that the game engine allows much larger explosions and more vivid particle effects.

DOOM EternalBut Billy Kahn’s later detail was enough to leave the mouths of all players open. Kahn said, “In Id Tech 6, we limited the number of frames per second (FPS) to 250. In this game, if you have the right hardware, you can see 1,000 FPS. ” He made a sentence and continued as follows:

“There is no upper limit for FPS. Here I got some computers created for testing and the scenes were played with 400 FPS. So for those who have a 144 Hz monitor or monitors with higher values ​​in the future, this game will provide great opportunities for many years. ”

As can be seen from the explanations of Billy Kahn, if your hardware is good enough, you will be able to reach up to 1,000 FPS in DOOM Eternal. Of course, after a certain time, one says what is needed for such a high FPS value. However, Kahn’s comments still reveal the success of DOOM Eternal’s game engine.

Redmi Smart Display 8 Introduced That You Can Control More Than...