Home Entertainment No: 10 Things that Didn’t Make Sense in the Movie 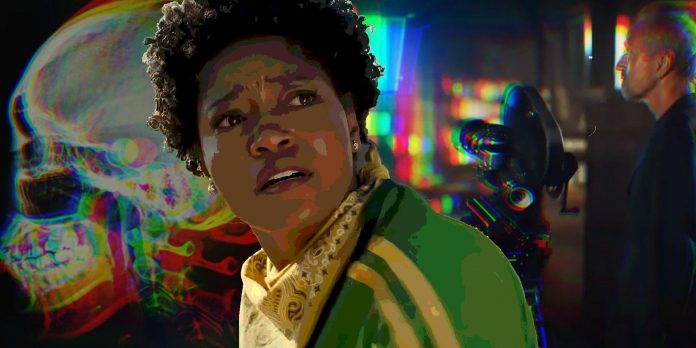 Jordan Peele movies often incorporate obfuscation and mystery into their plots, but certain creative choices made by the director and his compelling cast of characters in Nope lead to unfortunate plotholes and narrative developments that just don’t make any sense.

It’s one thing to question why an extraterrestrial would make its home in the middle of the Santa Clarita Valley and terrorize the Haywood family ranch, but it’s another to question why more forethought wasn’t put into certain creative decisions that contribute to inconsistencies. Supposed expert characters making rookie mistakes, story buildups with no payoff, and disregard for the laws of physics have fans saying nope.

How Could A Coin Have Killed Otis Haywood Sr.?

At the beginning of Nope, Otis Haywood Sr. is killed by a piece of debris falling from the sky – a coin to be exact. This coin supposedly has enough force to go clean through his eye and affect his brain, leaving OJ and Emerald Haywood to take over the family business.

How does this coin kill him, exactly? Mythbusters performed an experiment about whether or not a penny falling off the Empire State Building in New York City would acquire enough terminal velocity to kill someone standing below the building. Even traveling at 3x the speed of sound, a penny at terminal velocity wouldn’t be enough to kill a person (though the point of contact would certainly be sore).

Why Do Horse Wranglers Fail An Animal Safety Talk?

After their father passes away, siblings OJ and Emerald try to work as horse wranglers for Hollywood clients but fail for reasons that don’t quite add up. OJ is established as reserved and Emerald, though one of Nope’s most likable characters, is clearly irresponsible, and their dispositions don’t explain why they can’t fulfill the basic requirements of their family business.

Before Emerald arrives (late), OJ worries he’ll have to give the safety talk to the crew of the commercial himself, but she makes it in time to explain to everyone how to act around horses. Except that she doesn’t say anything as simple as, “Don’t stand directly behind a horse you’re unfamiliar with.” The ensuing accident involving Lucky costs them the gig, and it would have been completely preventable if the two had done the bare minimum required of them.

Why Was Jean Jacket Never Detected By Satellite?

Something as large as Jean Jacket wouldn’t go undetected for long, even out in the middle of the Santa Clarita Valley. Satellites around the area would have been able to pick up the anomalies it created even faster than the TMZ guy finding something “fuzzy” on Google Earth.

Jean Jacket is able to make hikers disappear, as well as the audience of Jupe’s Star Lasso Experience, and yet no research scientists, government officials, or similar arrive at the Agua Dulce ranch to investigate the bizarre occurrences.

Why Does It Take OJ 6 Months To Notice Jean Jacket?

Among the many Jordan Peele trademarks in Nope, chief among them is the effective use of horror in broad daylight, which only adds to the disturbing nature of the scenes involving Jean Jacket’s attacks. But it also magnifies the fact that OJ admits to having “stared at the same cloud” for six months without realizing it was a phenomenon.

Not only does he not notice the strange cloud hovering around the Agua Dulce ranch, but he also doesn’t pay attention to the power outages, or the reports of the people who have gone missing. There are entirely too many “bad miracles” happening around him for him to have his head in the sand, especially given Jean Jacket’s visits to his neighbors at Jupiter’s Claim.

Why Didn’t Holst Have Camera Magazines For Reloading Quickly?

Time is of the essence when Antlers Holst, premier Hollywood cinematographer, and Angel set up to get the “impossible shot” of the alien Jean Jacket. At a certain point, they have to switch roles of 65mm film, which is a cumbersome practice that costs them precious minutes. Any decent cinematographer/DP would have multiple, pre-loaded camera magazines so they could swap them out at the moment one was used up. This would reduce the time the camera is out of service, and the lack of foresight doesn’t help them come across as Nope’s more intelligent characters.

If Holst is such an expert and knows that they won’t have a lot of time to capture the creature on film, why are the canisters nowhere near them? It takes Angel minutes to unload the exposed film and load a new reel into the dark box before reattaching the magazine, whereas he could have spent seconds detaching a magazine and reattaching a new one. If Holst was as professional as implied, he would have several magazines all preloaded and ready to go.

Why Did Holst Use Inefficient 65mm Film At All?

Holst has his own special camera rig that requires no electricity conveniently ready to go when the Haywood siblings call on him to shoot Jean Jacket. He’s clearly using an IMAX camera with 65mm film, which is heavy, hard to carry, and expensive. 35mm would have been ample to capture the detail of the alien clearly since up until twenty years ago most films were shot on it.

Given most hand-held camera magazines hold about 400 feet of film, at 65mm film at 24 frames per second, that would equate to about 3.56 minutes of footage, in contrast to 400 feet of 35mm at 24fps, which would have guaranteed 4.45 minutes of footage. There’s a chance they wouldn’t have missed Jean Jacket by reloading had they used 35mm.

Why Start Filming Before Even Seeing Anything?

How Did Jupe Keep Jean Jacket A Secret From His Neighbors For Months?

Ricky “Jupe” Park purchases 10 horses from OJ over the months leading up to the Star Lasso Experience, indicating that he’s known about Jean Jacket for quite some time, and yet no Haywood notices when the “cloud” moves from their area of Agua Dulce ranch towards their neighbor over at Jupiter’s Claim?

Jean Jacket might be fast, but the Haywoods can even see Jupiter’s Claim from their front porch. They’re so close, in fact, that Ricky wants to buy them out and expand his property to incorporate more visitors, so it doesn’t make sense that his extraterrestrial training sessions would go unnoticed.

Why Didn’t Lucky Die In The Star Lasso Experience?

The Star Lasso Experience marks the first time Jupe has invited guests to witness the arrival of what he calls “The Viewers” who he’s been patiently training to come to Jupiter’s Claim at precisely 6:13 pm with horses he’s purchased from OJ Haywood. When Jean Jacket arrives early, the audience becomes dinner rather than Lucky.

How does Lucky survive? He’s contained right next to Jupe, who gets hoovered up along with everyone else, so whatever enclosure Lucky was in would be destroyed and spit out by the alien along with the rest of the bleacher seats and inorganic material it couldn’t digest. It seems too on the nose to suggest he survived simply because of the good fortune (and classic Peele foreshadowing) associated with his name.

Why Did Angel Survive?

After Holst gets consumed in the final confrontation with Jean Jacket, Angel is tossed around like a rag doll and decides that in order to stay alive, he needs to wrap himself in a bright blue tarp and bind himself with barbed wire. Does he think that the alien will regurgitate him once it realizes he’s covered in inorganic material?

He gets partially inhaled by Jean Jacket before being dropped from what looks to be several stories, and finally rolling down a hill. He appears to be alive at the end of the encounter though, much like with Lucky the horse earlier, survived for no other reason than his namesake.

Star Wars: The Book of Boba Fett Rules With Respect In...