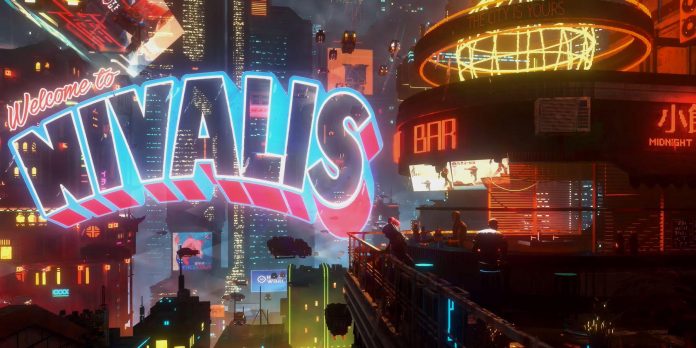 Combining the neon graphics of Cyberpunk 2077 with the realistic gameplay of Stardew Valley, Nivalis is an upcoming indie game set in the city of the same name. Here players can build their own business, meet all kinds of colorful characters and much more. This is a fresh look at the simulator genre thanks to its unique artistic style and aesthetics.

The indie game Nivalis is currently being developed by the game studio Ion Lands – the same developer that released Cloudpunk in 2020. Cloudpunk also has a stunning cyberpunk-style metropolis, so Nivalis visuals are sure to be one step ahead. However, Ion Lands has yet to announce an official release date for the upcoming game.

RELATED: How Layers of Fears Compare to Their Predecessors

In the city of Nivalis, players can open their own business and expand it to earn a fortune, although it takes time and management skills. Players start with a modest food counter and get to a restaurant, bar or even a nightclub. As shown in the trailer, grocery stores are simple structures on one side of the street with several tables and chairs around. Meanwhile, more established businesses are fully furnished buildings with bars, jukeboxes and other similar items. The player must design these spaces on his own.

However, managing a business in a video game inevitably involves certain difficulties. First, players need to make sure that their food stand or nightclub is equipped with the necessary resources. So they can either grow their own ingredients in a small greenhouse, or just buy them from another store. Players can also cook new dishes and mix unique drinks to attract more customers for the sake of business growth.

Although, as in Stardew Valley, the player can instead do other things. They could make repairs in their apartment or go fishing in one of the city’s ports. In addition, they can meet other locals, make friends and even fall in love. The characters of Nivalis have their own interesting stories. In short, there is something to do in the city, which complements the already bright and magnificent background.

In particular, visual effects are one of the aspects of the game that makes it unique. Nivalis uses voxel art to create his world. Voxel art is best described as 3D pixel art, similar to the visual effects of Minecraft. That’s why the objects and surroundings seem somewhat blocky on closer inspection, and although these graphic features don’t immediately catch the eye, they easily distinguish Nivalis from other simulator management games — as if the aesthetics of cyberpunk haven’t done it yet.

However, the somewhat gloomy situation is not without reason. The game description hints that more sinister things are happening in Nivalis. There are gangs on the hunt who want to extract the player’s organs. There is also a group known as the “Corps”, probably the Nivalis police, and they have a tendency to fine people just for breathing. Thus, it seems that aesthetics is not the only thing that unites Nivalis with Cyberpunk 2077. The dangerous setting is also very similar.

Overall, Nivalis is a very promising simulator game. This is great for players who like the Stardew Valley game cycle, as well as for those who appreciate the look of Cyberpunk 2077. Thus, anyone who is intrigued by the inner workings of Nivalis should keep an eye on its tentative release date. This is sure to be one of the most unique entries in the already crowded simulator genre.

Nivalis is currently in development.