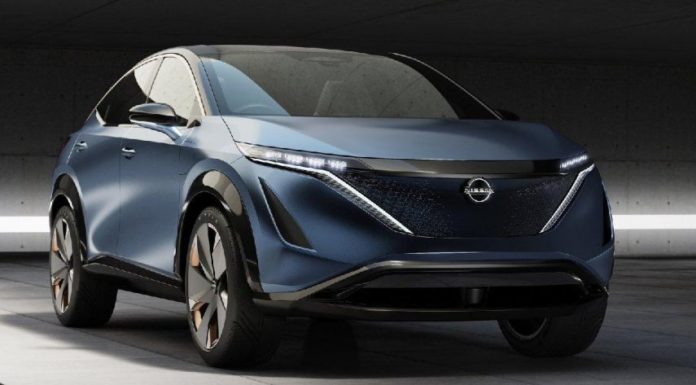 Nissan’s Electric Car Ariya’s Range Has Been Determined. One of the companies participating in CES 2020, which was held between January 7 and January 10, was Nissan, a Japanese-based automobile manufacturer. During the fair, the company introduced its new electric car Ariya.

In CES 2020, Nissan introduced the heir of the Nissan Leaf electric vehicle. Nissan Ariya Concept called the range of the vehicle was announced as 482 km. Nissan Rogue’s new car for this new car can be called the sculpted and electric version.

The Japanese-based carmaker will use the second generation of its own ProPilo Assist driverless vehicle technology in this vehicle. This technology provides level 3 non-contact driving for conditional automation. According to the news in Extreme Tech, Nissan Ariya’s price will start at $ 40,000.

Nissan said Ariya was 10 centimeters shorter than Rogue and 7 centimeters wider. This means that the car is 4.5 meters in length and 1.9 meters in width. The Nissan Leaf was 4.4 meters long and 1.8 meters wide.

The company said that the range of the vehicle is 482 km. The second-generation Nissan Leaf was 363 km. S, SV and SL, which is thought to be three different models of the vehicle from 0 to 96 km / h to reach less than 6 seconds takes place. The prices of these three models are estimated to be between $ 40,000 and $ 45,000.

The Nissan Leaf was only front-wheel drive, while the Nissan Ariya was a four-wheel drive. It is not yet clear whether this technology, which Nissan calls the e-4orce, will be available on all Ariya vehicles. Ao The e-4orce dual-engine four-wheel drive technology offers a certain level of stability and stability, which gives drivers more self-confidence and more excitement, Tak said Takao Asami, senior vice president of Nissan’s R & D division.

The technology used in the ProPilot 2.0 used in Nissan Ariya is as follows:

That’s all we know about Ariya. It is not yet clear whether Ariya will replace Leaf or be positioned above a level.