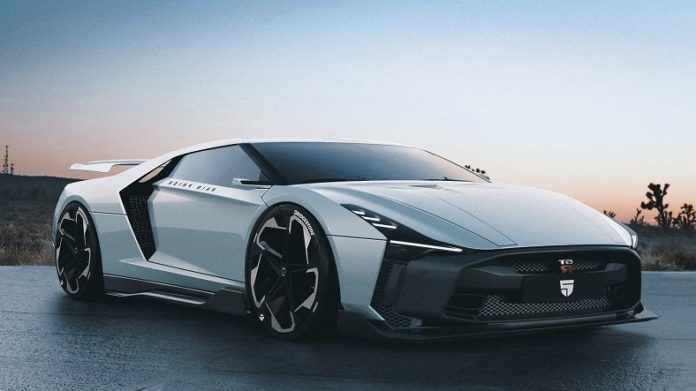 While Nissan has not yet taken steps to change for the GT-R, designers have begun to draw on the car’s future. Rain Prisk’s GT-R50 design will inspire the car manufacturer.

Although Nissan’s GT-R has been on the market for many years, it is still challenging for years. Although it may not seem that new models will come in the near future for now, special designs like the GT-R50 look at the realistic eye of the evolution of the Japanese sports car in the coming years.

The project, created in collaboration with Italdesign, inspired designer Rain Prisk to design the mid-engine GT-R. The design makes the new generation Godzilla a powerful looking super car with an engine fitted behind the seats. The front of the car is very similar to Italdesign’s design with its sleek slim and upward headlights and a large diffuser panel integrated into the bumper.

Introducing the concept Nissan GT-R with its rebellious and sharp design
While major changes are taking place on the side, there are large air intakes near the doors to provide lower air in the center and fresh air in the engine compartment. Of course, the presence of the engine in the middle of the car’s lines makes the overall proportions wider. Especially the side skirts have a thicker appearance.

Imagine this design with a 3.8-liter V6 engine with double-turbocharged roaring behind you with 710 horsepower (529 kW) and 780 Newton-meters of torque. Unfortunately, recent reports show that Nissan has no plans to renew its GT-R series. In fact, the new GT-R, Nissan’s hybrid or full-electric because it does not decide whether until 2027 is estimated.

Nissan’s GT-R team, led by Hiroshi Tamura, thinks that the life of the current car platform can be sustained for 20 years without major changes. So the model that basically made minor changes seems to continue on its way for another 8 years.

Meghan Markle and Harry did they spend Christmas away?