Home Entertainment Nishizawa, Creator of Wonder Boy: “We Stifled A Lot Of Ideas For... 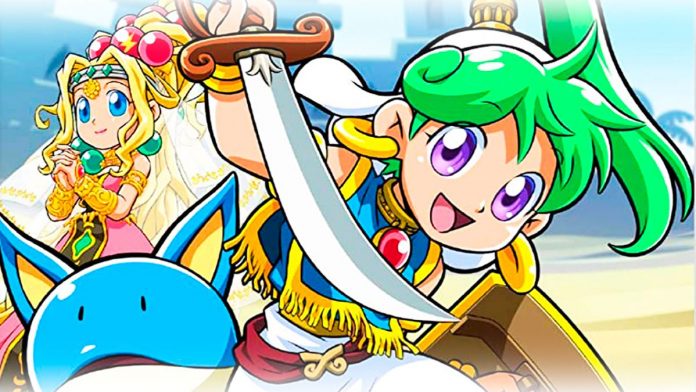 Nishizawa: We interview Ryuichi Nishizawa, creator of the Wonder Boy saga, taking advantage of the launch of his new video game; Wonder Boy: Asha in Monster World.Wonder Boy: Asha in Monster World, the remake of Wonder Boy IV originally from Mega Drive, is already on sale in specialized stores. At MeriStation we have had the opportunity to analyze it for you with a very positive assessment, especially if you have never before been able to enjoy it on its original console. It had an exclusive release in Japan, so this is most likely your first time with it.

Ryuichi Nishizawa, the creator of the Wonder Boy saga and the head of this reinterpretation of the fourth chapter, has chatted with us about the launch of Asha in Monster World to give us details and curiosities of what it has been like to return to the last title of the franchise on consoles old men.

Beyond Asha in Monster World

Until the arrival of Wonder Boy Returns | Remix in 2016, 22 years passed without any Wonder Boy brand title. Since this reinvention of the original, three more titles have been released; Wonder Boy: The Dragon’s Trap, Monster Boy and the Cursed Kingdom and Asha in Monster World. Seeing that the saga seems to be sane for a while, we soon asked Ryuichi-san if he intended to continue creating new adventures. The answer was clear and concise; they intend to develop the continuation of Asha in Monster World.

As he tells us in the interview, there were many ideas that had to remain in the pipeline since they had to stick to the original; to Wonder Boy IV. As the development of the video game progressed, ideas came from everywhere but “we had to suppress them,” Nishizawa confessed. However, these news ensures that he will include them in the sequel, thus confirming that the adventures of the warrior from Monster World will continue in the future.

There are features, however, that they could add to this newly released remake that the technology used in 1994 did not allow. One of them has been the video scenes since, according to the creator of the saga, the cartridges for Mega Drive had serious capacity limitations. “We wanted to develop the introduction to the story further but we had to give up for this reason,” he added.