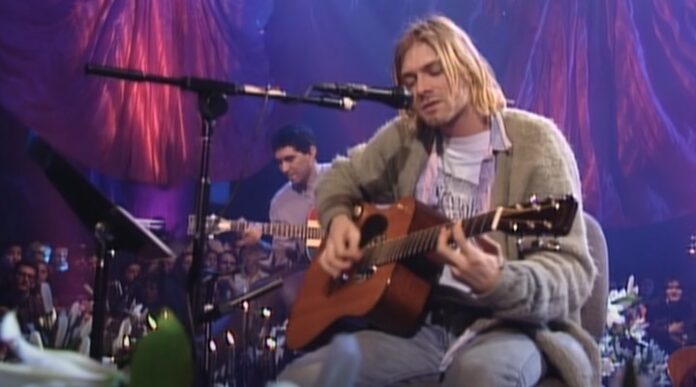 Nirvana’s legendary soloist Kurt Cobain’s guitar was sold at a record price in the auction. The instrument, sold for $ 6 million, was recorded as the most expensive guitar.

The famous singer Kurt Cobain, who managed to become famous all over the world with the Nirvana group, continues to maintain his reputation even after many years of his death. Cobain, which has achieved great success; is known as a singer, songwriter, musician and artist. Now, a guitar that Cobain used years ago was sold at a record price in the auction.

Known for songs such as Smells Like Teen Spirit, Lithium, Heart-Shaped Box, Nirvana’s soloist Kurt Cobain performed on MTV Unplugged in 1993 in New York. The acoustic guitar used by Cobain during the show, was sold for $ 6 million by auction. The guitar went down in history as the most expensive guitar ever sold at this price.

Peter Freedman paid 6 million 10 thousand dollars for the 1959 Martin D-18E guitar used by Cobain at this breathtaking concert, which was held exactly 5 months before the death of the famous singer. Peter Freedman, who managed to win the auction, is known as an Australian business person. Freedman, the new owner of the guitar, wants to use the guitar in the art gallery.

The first record set by Juliens Auction, where the guitar is offered for auction, is not Cobain’s guitar. Juliens Auction, which previously signed 5 different world sales records, managed to break these records with products such as guitar and souvenirs. The ‘depression cardigan’ that Kurt Cobain wore in another performance was sold at a record price of $ 334 thousand in October 2019.

Grammys 2022: The best Unseen moments from the audience and behind...