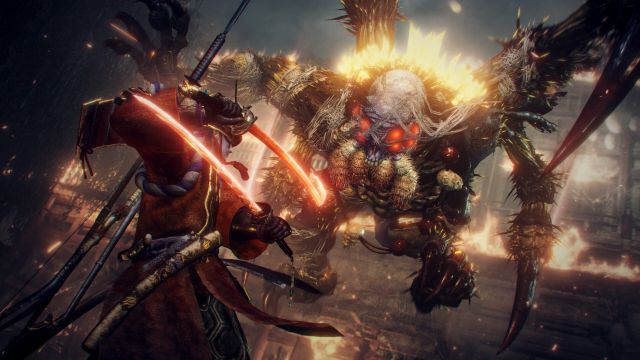 Team Ninja offers the game and its DLC in the same package, available from February 5. The creators of Ninja Gaiden continue to work on Nioh 2, which will release its full edition in just a few days. Team Ninja has shared a gameplay video of approximately 13 minutes, in which we can see the title in action. As it could not be otherwise, this package includes all the content released to date, which means that the story expansions released as downloadable content of the season pass are also incorporated.

Nioh 2: Complete Edition will be released on PlayStation 4 and PC, while PlayStation 5 will receive the same product in a remastered version. Of course, those who purchased the game in the previous generation will have the opportunity to update completely free. Its release is scheduled for February 5, but players will have different options to get it.

In addition to the remastering of the second installment on PS5, users of this machine will also be able to purchase a revamped version of the original game. On the other hand, The Complete Nioh Collection includes both titles in one package.

This is the remastered version

And what better does it have in the new generation? For starters, 4K resolution, graphical improvements and the option to engage in combat at 120 fps. The SSD hard drive improves loading times, while the PS4 game can be transferred to PS5 without major problems. On PC, the resolution improvement and the higher refresh rate per second will also be maintained.

The Nioh saga has been the focus of Team Ninja’s attention for the past 7 years, but the studio already announced at the end of the year that they have decided to stop for a while. Instead of developing Nioh 3, the developer will focus on new projects, which will go into production this year 2021. They have not yet been officially announced.

Samsung Receives FCC Approval for Galaxy S20 and S20 Plus