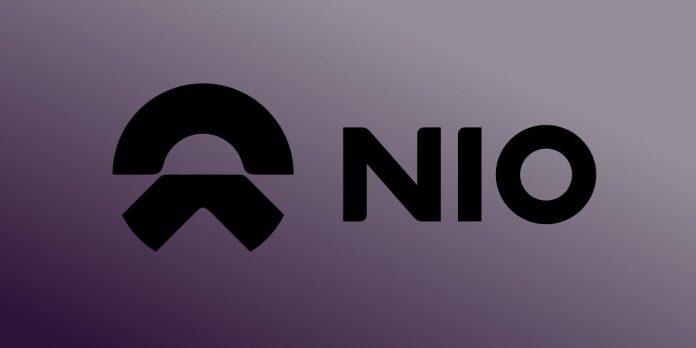 Chinese electric car manufacturer NIO wants to launch smartphones in 2023, and the first details paint a picture of the flagship Android smartphone. NIO was founded in 2014, and it is sometimes referred to as the “Chinese Tesla”. Based in Shanghai, the company is one of the three largest Chinese manufacturers of electric vehicles, and the other two are XPeng and Li Auto.

The range of NIO electric vehicles includes SUVs and sedans, which are sold not only in China, but also in some European countries. By 2025, the company plans to expand its services to 25 countries, but did not explicitly say whether it would bring its cars to North America. Although its cars are not yet sold in the US, NIO has a team of employees there. For example, it is reported that a group of researchers and developers of a Chinese company is located in San Jose, California.

In July 2022, it was confirmed that NIO plans to enter the smartphone market, especially in the flagship segment. According to CnEVPost, NIO founder William Lee said that the company plans to release one phone a year by analogy with Apple. However, the decision to make a smartphone seems like an attempt to create a device that works with its cars better than an iPhone (or any other smartphone), claiming that 60% of its users own it. It is reported that the smartphone manufacturing subsidiary is called NIO Mobile technology and is registered with a capital of $ 100 million.

The NIO phone will probably run on a Snapdragon chip

According to the Auto Stinger report (via CneEVPost), there are not many details about the specifications and functions of the upcoming NIO smartphone, but several key characteristics have appeared. It is reported that the unnamed device is equipped with a 2K resolution display, an ultrasonic fingerprint scanner and a hole for front cameras. It is also expected that the phone will have camera sensors similar to those available on high-end smartphones.

As for computing power, the NIO smartphone will be equipped with a Qualcomm Snapdragon chip. Since the launch of the phone is scheduled for 2023, it is assumed that it will be either Snapdragon 8 Gen 2 or Snapdragon 8+ Gen 2, depending on whether it will be released in the first or second half of the year. NIO already has an existing relationship with Qualcomm, as its vehicle software system is supposed to be powered by the SA8155P, a 7nm automotive SoC manufactured by Qualcomm. With that in mind, it makes sense that his smartphone will also run on a Qualcomm chip.

The smartphone should also have ultra-fast charging technology. It is not yet known whether this will be a proprietary solution or whether it will be Qualcomm Quick Charge 5 with 100+ Watt fast charging support. It is assumed that the battery capacity is from 4500 mAh to 4800 mAh, and it should be charged from zero to full in about 25 minutes. As for the price, it is expected that the smartphone will cost from 5000 yuan (~ 740 USD) to 7000 yuan (~ 1037 USD). All these characteristics sound great on paper, but the main task of NIO will be to develop software that will allow the phone to work seamlessly with electric vehicles.

Companies like Tesla have a companion app that allows users to control various functions, check the battery level, monitor charging and even call the car. NIO will have to integrate all these features and more into its smartphone to make it worthy of attention. Its cars are running a user interface called NIO OS, and it remains to be seen if that name will be used for the phone’s user interface. It is interesting to note that although NIO is planning to release a smartphone, another electric vehicle manufacturer, Vingroup (VinFast), has closed its smartphone business to focus on electric vehicles.

David Harbour told why he turned to Ryan Reynolds after the...