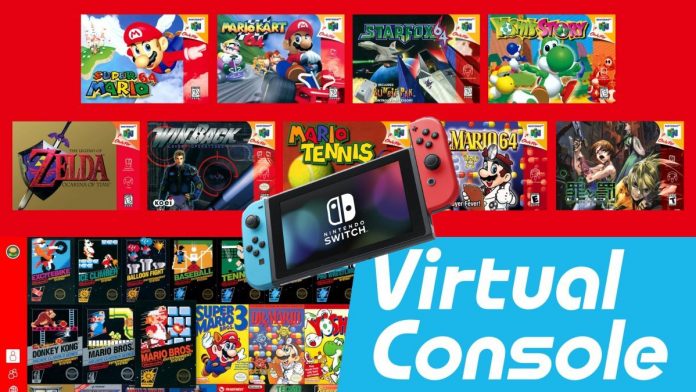 Nintendo: The Japanese company has announced a new subscription that allows you to play Nintendo 64 and Mega Drive games, but there is no virtual console in sight. A few months ago I started looking for classic games that remained in my inkwell, works that I missed and that now I regret not having bought. I never played The Legend of Zelda: Spirit Tracks or Golden Sun: Dark Dawn, so I thought maybe I could pick them up from the Nintendo 3DS eShop. I soon remembered that this notebook never included titles from the first DS in its catalog. Since I did not have and do not have Wii U, which I did have many of them, the only alternative was the second-hand market. It is already known, in the middle of 2021 Nintendo has decided to erase part of its historical legacy, orphans many video games that reached the different virtual consoles.

Four years have passed since the launch of the Nintendo Switch and there is still no virtual console. I say ‘yet’, but this adverb hints at certain veiled hopes that I do not harbor: let’s face it, the hybrid is going to be left without this option, because the Japanese have decided to focus all their attention on subscriptions to Nintendo Switch Online. And no, I’m not getting involved with words again, I consciously write in the plural, because those from Kyoto have left us stunned and with a poker face during the Direct. The last straw is that in October a service expansion pass will be released, which will allow us to taste classic Nintendo 64 and Mega Drive games. Expansion pass !, like this, as it sounds, without hot packs.

The hybrid is going to be left without a virtual console, Nintendo has decided to focus all its attention on subscriptions to Nintendo Switch Online

I understand that the Nintendo Switch Online subscription is relatively cheap, but I cannot understand how a company with Nintendo’s experience is able to make this move and think that it is going to be well received. Not only because of the fact that you will have to pay an extra if you want to try these games, but because of the terrible image it gives and the negative comments it arouses. A Nintendo Direct that until then had kept its positive tone changed its mood after the announcement. I would almost have preferred a general price increase, but if you do, you have to offer more than a meager handful of classic games, no matter how they are added little by little.

I am not against Nintendo Switch Online using the company’s historical catalog as a claim. Playing the NES, SNES, Nintendo 64 or Mega Drive in this way is as valid as doing it in any other way. However, it is good to recall recent statements by Hideki Kamiya of Platinum Games, in which he stated that companies have a responsibility to preserve their products. The Japanese creative pointed out that users must be able to access all video games legally. For this reason, the virtual console is an ideal option that can coexist peacefully with this service.

Hundreds and hundreds of games have been left and will be left out of the selection, it is almost impossible for all of them to be. Even so, the old virtual consoles had a huge catalog that in part has been lost and will not return. To that we must add the gibberish of Nintendo’s account systems and the differentiated catalogs between consoles. Those of Mario have missed the opportunity to unify everything under the umbrella of Nintendo Switch, to sell their classics again to consumers who are yearning to leave their wallets in a Wario Land 4, a Donkey Kong Country or a The Legend of Zelda: The Wind Waker .