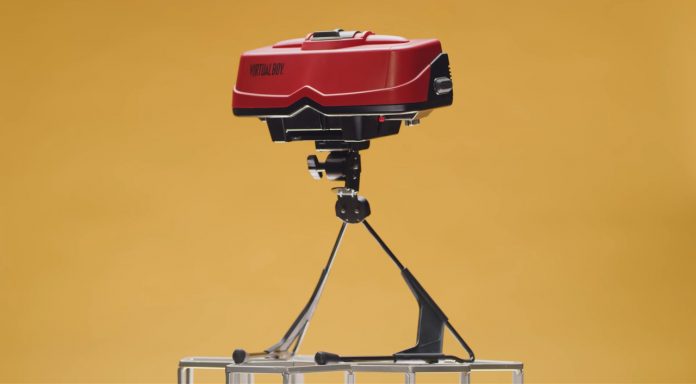 Today, we witness the development of a different technology almost every day. Innovations in every field from health to entertainment make our lives easier and change. However, when we look at some technologies developed today, we see that they are not new. For example, did you know that one of the first examples of VR (virtual reality) headsets we use today entered our lives in 1995?

Nintendo Virtual Boy began to be developed in Japan in 1991. While all manufacturers were trying to produce 3D consoles at that time, the Japanese company, which always liked to try new and different things, believed that the future was in virtual reality. Exaggerating this belief a little, Nintendo even built a factory in Japan solely for the production of this console.

The console was launched in 1995 after four years of long development. Ahead of its time, the Nintendo Virtual Boy had quite impressive hardware with a 32-bit processor, stereoscopic 3D display and built-in stereo speakers. The company presented the 32-bit processor and 3D screen technology to the players for the first time with this console.

However, as we said, the year was 1995 and the technology of the period was not ready for such a breakthrough. Moreover, the development process that took longer than planned created problems and made things worse. Nintendo Virtual Boy, stuck in a narrow calendar due to the release of the company’s mainstream console, Nintendo 64, was not ready when it was released.

Why did it fail?

This early exit, which brought many problems with it, caused the device to fail to meet expectations. The most important of the problems was the screen part. The three-dimensional display of the console consisted of only red and black colors. The screen, which has a very low resolution, made noise and caused headaches due to the technology it used.

Another important issue was in the portability part. The console, which came with a design that resembles an ophthalmologist’s examination chair, required you to stand still on a table and lean your head. This not very ergonomic situation was killing portability and eliminating the meaning of using VR technology.

As we mentioned, Nintendo Virtual Boy, which debuted early, was also inadequate in terms of games. The prolonged development process has even forced a company that is strong in custom games like Nintendo. For this reason, console-specific productions were insufficient and bad. Only 14 of these console special games, which are few in number, were published outside of Japan.

The Nintendo Virtual Boy , which took the last blow from the price, became a costly console as a result of a long and difficult development process. Therefore, it debuted at a price of $ 180 for that period. But people didn’t want to pay $ 180 for this device that they didn’t understand and heard about. As a result, the first VR game console in history has reached the end of its life just 1 year after its release. Nintendo terminated the project by discontinuing the production of all games and consoles.

Fortunately, despite this failure, the company, which did not stop trying new things, continues to offer innovative products such as Nintendo Switch and 3DS today.