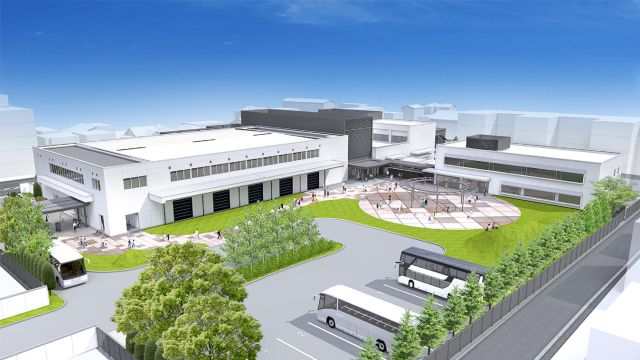 The Japanese company will turn one of its buildings into a space that will house its history, products and more.
Preserving history is important, especially when it comes to a company like Nintendo, which was founded in the late 19th century. The Japanese company has announced the inauguration of Nintendo Gallery, a museum that will be located in its plant in Uji Ogura. Its intention is to show the products launched throughout its history, as well as to present different exhibitions and experiences. The forecast is that the works will be completed before March 2024, so there is still work ahead.

The Nintendo Uji Ogura factory was built in 1969. Since then it has been used to make cards, while serving as an operational center for customer service for product repairs. “Nintendo has been studying the possibility of building a museum” in order “to share the history of Nintendo product development and its philosophy with the public,” they explain in the statement. The decision was made after the city of Uji decided to redevelop the Ogura station area.

It should be noted that the name of the museum, Nintendo Gallery, is not yet final, so it may change when it finally opens to the public. “It is scheduled to be completed within our fiscal year 2023, which ends in March 2024.” Therefore, it is possible that it will open its doors before that date.

Nintendo is a company that was born as a toy company specializing in Hanafuda cards, a game whose origin dates back to the arrival of the Portuguese, although it was adopted by the Japanese. Throughout its history, its business model has been reoriented towards video games, although it has never abandoned the production of card decks.

The future of Nintendo Switch, its current console, will be revealed in the coming weeks, also with E3 2021 as the framework.