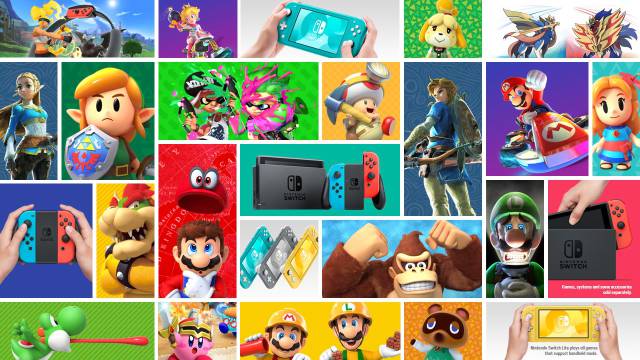 The company prepares more titles for Nintendo Switch for this year, but they will choose the right time for their official presentation.

Nintendo has more games in the works for Nintendo Switch in 2021. As in previous years, the firm led by Shuntaro Furukawa will reveal new titles for the hybrid console in the same fiscal year as its premiere in stores, but those announcements will take place in a moment timely strategy that, for now, we do not know.

The question and answer session with investors corresponding to the presentation of the financial results of the last quarter, which took place this past February 1, served not only to make it clear that the company is going through a state of grace at a financial level, but also to take a look at the immediate future. When asked about the next fiscal year (from April 1, 2021 to March 31, 2022), the president clarifies that they have things underway, but we will not know about them until a date yet to be determined.

Nintendo has not held a Nintendo Direct since September 2019 as we were used to for the last seven years; that is to say, editions where big announcements of so much the internal studies as third party congregate. During 2020 there were Nintendo Direct Mini and presentations dedicated to external partners under the nomenclature Nintendo Direct Mini: Partners Showcase. We do not know how they will announce the new titles currently in development.

Nintendo Switch has sold more than 79.87 million units worldwide as of December 31, 2020; a projection with a speed higher than that of Wii on these same dates. The optimism around hardware is total, since at this rate it would be above 100 million units before the end of the next fiscal year (March 31, 2022).

Nintendo Switch has in its catalog of upcoming releases several exclusive games for the first half of 2021. The first will be Super Mario 3D World + Bowser’s Fury on February 12, which will be followed by Bravely Default II on February 26 and Monster Hunter Rise on March 26th. On April 30, New Pokémon Snap will be the main protagonist. You can check the full agenda here.