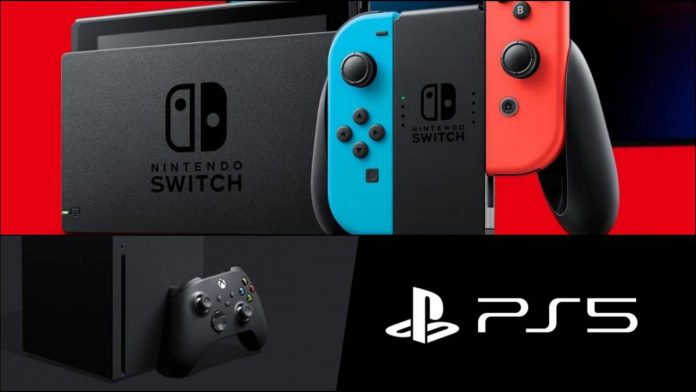 Three of the most influential analysts in the video game industry also believe that this will be the launch year for a Pro model of the Switch.

The great sales figures of Nintendo Switch practically from the moment of its launch do not seem that they will decrease in this 2021, at least according to some of the most influential analysts in the industry. In fact, as they say, the Nintendo hybrid will sell even more than the new consoles, PlayStation 5 and Xbox Series X / S, still being the star hardware on the market for yet another year.

This is what three of the analysts we have heard the most about, such as Mat Piascatella, Serkan Toto and Piers Harding Rolls, think that, in a consultation carried out by Games Industry, they place Nintendo Switch as the best-selling console of 2021. “A Despite the launch of PS5 and Xbox Series, the Nintendo Switch will be the console that sells the most units during 2021, “says Piscatella emphatically. However, he does not believe that this leadership is due to a hypothetical new Nintendo Switch Pro model, but rather new games and promotions.

Toto thinks differently, who believes that this year will be the arrival of Nintendo Switch Pro, and that in fact it will be a decisive event for the Kyoto company to continue to command hardware sales. “Anyone who expects the Nintendo Switch to lower the bar in 2021 is going to be disappointed,” says Toto. “Switch will be the best-selling console of the year, due to its first party games, new hardware model and being developed as a lifestyle device for the mass market.”

For his part, Harding Rolls even dares to give figures, calculating that Nintendo Switch will reach 24 million consoles sold, for the 25 million PS5 and Xbox Series combined and like Toto, he is fully convinced that this 2021 is the of the arrival of Nintendo Switch Pro. “Last year I was not convinced that it was a new model of Switch, but I think it makes more business sense to release an updated version in 2021,” says Harding Rolls.

Nintendo Switch was already the best-selling console during the past 2020, due to the end of the life cycle of PS4 and Xbox One coinciding with the arrival of the new consoles, in addition to, of course, the great success of Animal Crossing: New Horizons .

Xiaomi, Redmi and POCO models that will receive Android 12 (current)