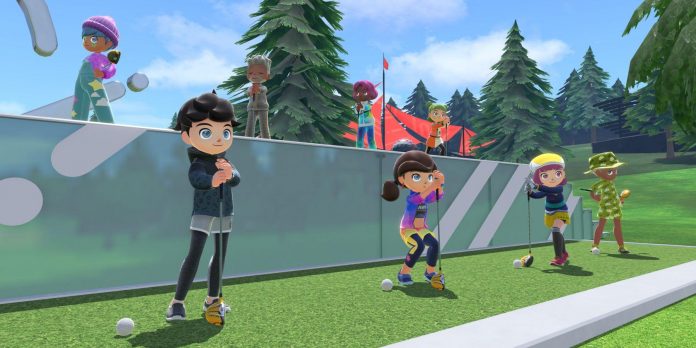 The golf update for Nintendo Switch Sports is coming this holiday season, which probably implies a launch in November or December. A specific release date for the Nintendo Switch Sports golf update is not available, but the wording surrounding the announcement pretty much implies that the date hasn’t moved up until 2023. The update, as promised, remains completely free.

It has now been confirmed that golf at Nintendo Switch Sports will feature 21 holes taken from the Wii Sports series, which includes Wii Sports, Wii Sports Resort and a remake of Wii Sports Club. The Nintendo Switch Sports golf mode will also include a single player game, a local multiplayer mode, and a unique online multiplayer mode called Survival Golf. Survival Golf allows up to 8 players to play together online, where the player with the most strokes on each hole will be eliminated.

Despite the lack of specific details about the Nintendo Switch Sports update, those who have purchased the game are likely to be looking forward to the free update. Nintendo’s golf games have always been well received, and multiplayer with new game modes is an exciting step forward. You just need to be a little patient while Nintendo puts the finishing touches on the update.