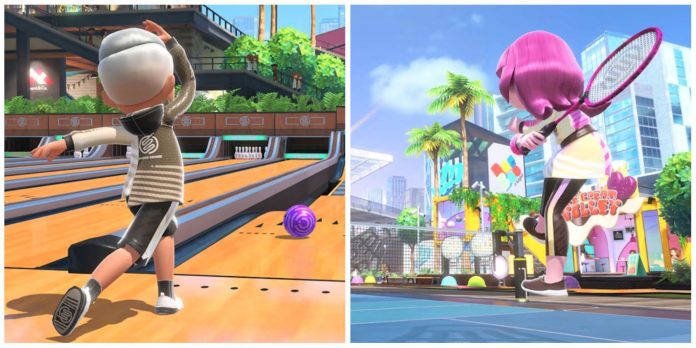 Nintendo has always been the king of making great party games that families and friends could play on the couch. But in recent years, some efforts have been made to make online multiplayer more common in many of their various games.

One of the newest examples of this is the Nintendo Switch Sports, a reboot of the original Wii Sports released many years ago. The game has both local and online multiplayer in which players can take part, which makes an evening of fun for friends on the spot and abroad. Those who want to play locally or online have different menus to look for when downloading the game.

How to play locally

When downloading Nintendo Switch Sports, players are taken to a menu with three options: “Play Globally”, “Play locally” and “Play with Friends”. For those who want to play with other people at home, the best option here is to “Play locally”.

After selecting a local game, players will be taken to the sports selection menu, where they will be given the opportunity to play any of the six sports in the game. If there are 1-2 players, all sports will be available. However, the game for 3-4 players is only available in bowling, tennis and volleyball. In local mode, players cannot play football on a large field, instead choosing a smaller indoor area.

How to Play Online
Play with strangers

In a single player game, players will have access to all six sports with different modes for each sport. The same options will be available for two players if each player has their own Joy-Con controller. However, the football and double sword mode in Chambara will not be available if two players are playing with two Joy-Cons each.

For those who just want to play with friends online, “Play with Friends” is a great option for playing online. It also asks if players are playing alone or with another person locally, with the same play options with one or two Joy-Cons. As in a local game, having three players will give everyone access to all sports.

After going through these menus and selecting their character, players can either join an existing room or create a new room. Rooms can have their own passwords, which can be set by the person in charge of the room. There is also the possibility of voice chat using the Nintendo Switch Online app. Up to eight friends can join the room.

So The Squid Game Warned Of The Deaths Of The Characters...

Chicago Fire: outraged fans express displeasure at what they are doing...