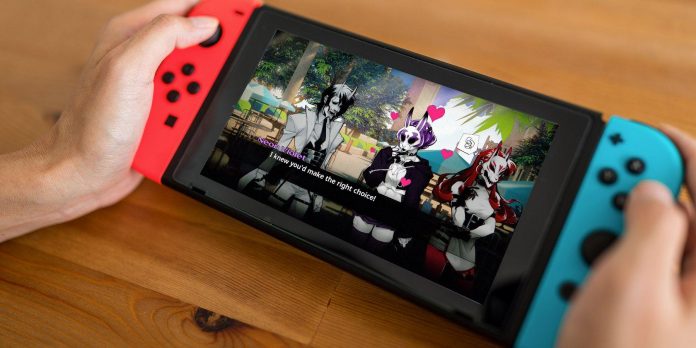 This year promises to be fruitful for Nintendo Switch, with upcoming releases including Bayonetta 3, Pokemon Scarlet and Violet and Splatoon 3. While Switch owners are waiting for these games, they should try Neon White, a recently released game. from the developer Angel Matrix and publisher Annapurna Interactive. Neon White, which is a hybrid of the mechanics of a puzzle platformer and a first-person shooter, released in June and received high praise and good reviews.

Neon White tells the story of its main character, suffering from amnesia, who finds himself transported from hell to heaven. As a Neon whose soul has been judged unfavorably, Neon White must compete with others to kill as many demons as possible and earn the right to go to Heaven. In between the platformer-based levels, players can interact and form relationships with non-player characters, including other neon red, green, yellow and purple. Many of the game’s design elements have been highly praised since its release, and it is currently among the highest-rated games of 2022.

The Neon White game, developed by Ben Esposito and written by Ryan Shannon, is inspired by a high-speed passage and is focused on a smooth and dynamic gameplay. Levels encourage the player to keep running and not stop while Neon mows down demon enemies; filled with secrets and tricks to increase speed, ranging from hidden shortcuts to White’s high jumps and ability to run on water. Top-level medals and other awards are primarily based on speed, encouraging players to master White’s dynamic movements.

In addition to platform levels, Neon White gives players weapons and abilities in the form of cards that can be collected and improved. Some maps have weapons, swords, and other items that White can equip, while others combine attack and defense abilities with White’s unique ways of moving around the map, such as shooting at a wall to increase the jump height. Finding and improving the best maps and weapons in Neon White can make the game even smoother and faster.

But Neon White is not only White’s high—jumping and fast-paced gameplay. The cast of the game’s characters also received praise for their unique personalities and eye-catching design. Characters Neon White can interact with include his best friend Neon Yellow, potential love interest Neon Red, wild child Neon Purple, and mysterious rival Neon Green. Since the game takes place mostly in Heaven, White can also meet and talk with several adorable feline angels, including Mikey and Gabby.

The art style of the game is sharp and impressive, with bright colors that give the characters their names, contrasting with the stark white aesthetics of the main character and many Heaven-based platformer levels. Critics have compared Neon White’s anime aesthetic to that of Japanese action movies such as killer7. Its user interface is also minimalistic, which helps the game work well on the Nintendo Switch; an important point in favor of Neon White. Releases for other consoles are not currently planned and are not planned.

Neon white is great for playback

In addition to the platformer and first-person shooter elements, Neon White has segments inspired by the visual novel in which White can communicate with other neons and learn more about his mysterious life and death. Choosing white can lead to several endings, including “bad” and “good”. Most players reach a “bad” ending first, as the best ending requires players to perform certain actions, such as finding gifts and unlocking memories, before completing the game’s plot. Neon White players who failed to get a good ending are encouraged to continue playing so they can earn a happier fate for White and his fellow Neons.

In addition to repeating the story, secrets can be found on individual levels of Neon White and in segments between levels. Players can find collectibles, hidden cards, shortcuts and more, and levels can also be reworked to achieve greater speed and unlock rewards such as medals. There is even a special level of red medals awarded only to the fastest players. In addition to platforming and battles, players can complete side quests, give gifts to characters and decorate White’s room with new furniture and accessories received from heavenly angels.

Neon White may be a small independent studio release, but it should not be overlooked among the number of Nintendo Switch releases this year. Some fans and critics call Neon White a contender for numerous awards, including “Game of the Year”. Even if Switch owners are just looking for something to occupy themselves with until Bayonetta 3 or new Pokemon games are released, they can achieve much worse results than Neon White.